Tuesday night on MSNBC Live with Dan Abrams, Dan, Joe Where-are-my-eyes Scarborough, and MotherTucker Carlson were discussing Sen. Larry Craig’s (R-IMNOTGAY) arrest for playing footsie in a public bathroom and eventual guilty plea. The three of them were sitting around in a scene reminiscent of Sex in the City, only with effete men who all probably pee sitting down. MotherTucker Carlson was trying to act all macho in front of his macho buddies and relayed a story about how he was once accosted in a men’s room and how he went and got his friend who accompanied him to the men’s room to beat up the offender. Oh, the giggles that ensued!!!!

Physcial violence in response to homophobia is sooooo funny!!!! You can see the clip over at Media Matters (for some strange reason, I can’t seem to find anything about it over at MSNBC!).
Poor MotherTucker Carlson! It must be tough being so desirable! I bet it will be even worse once he starts to shave! 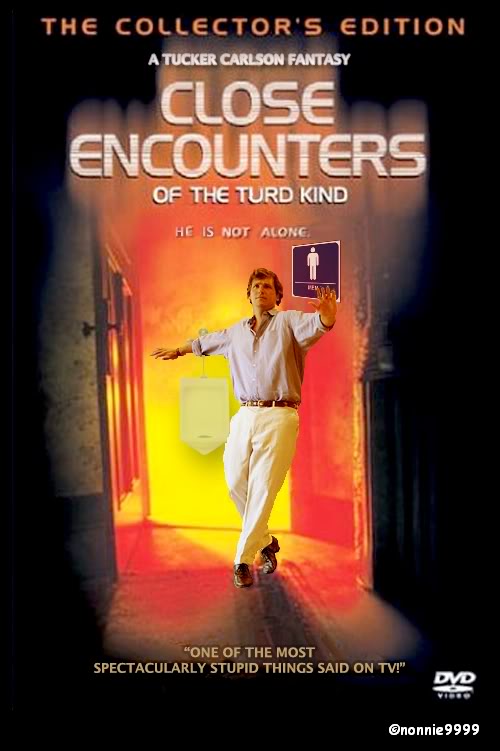 It’s all okay, though, kids, because MotherTucker Carlson assured us that he isn’t anti-gay in the least!
If anyone wants to drop MSNBC a little note concerning MotherTucker Carlson and ask why he is allowed to keep his job after advocating violence against anyone (and Dan Abrams and Joe Where-are-my-eyes Scarborough for giggling about it, for that matter), head on over here, kids.
Tell ’em Nonnie sent ya! 😀

9 responses to “Shits and Giggles”