From The Carpetbagger Report:

Woody Allen once said, “90 percent of life is just showing up.” For Fred Thompson, that appears to be too much to ask.

But where was Fred, as in Fred Thompson?

This sense of optimism has been in retreat in almost every sense over the past few years. According to Rasmussen polls, just 21% of Americans believe the country is on the right track, a figure that has fallen by more than a half since the presidential election of 2004. Meanwhile only a third think the country’s best days are yet to come, as opposed to 43% who believe they have come and gone – again a steep decline on three years ago. These are not one-offs. In the past 18 months almost every poll that has asked Americans about their country’s direction has produced among the most pessimistic responses on record – a more extended period than anyone can remember since Watergate.

America, in short, is in a deep funk. 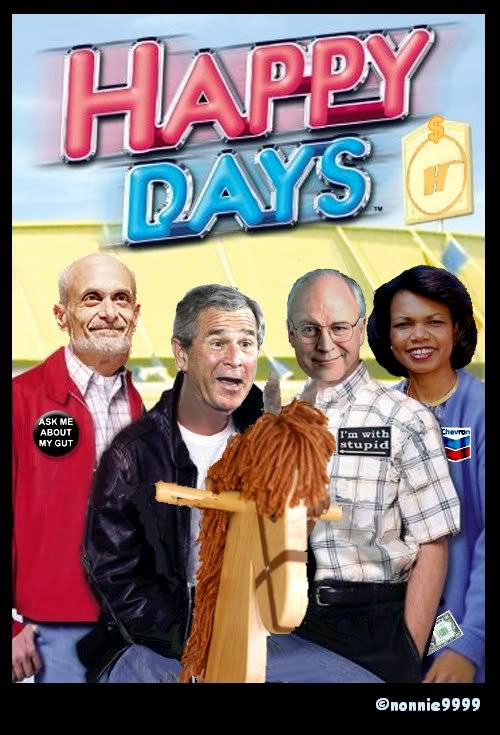 Original DVD cover.
(Note: I am never sure if Michael Chertoff is actually happy, or if he just has gas. You know, trouble in his gut.)
END_OF_DOCUMENT_TOKEN_TO_BE_REPLACED