As New York mayor, Rudy Giuliani billed obscure city agencies for tens of thousands of dollars in security expenses amassed during the time when he was beginning an extramarital relationship with future wife Judith Nathan in the Hamptons, according to previously undisclosed government records. 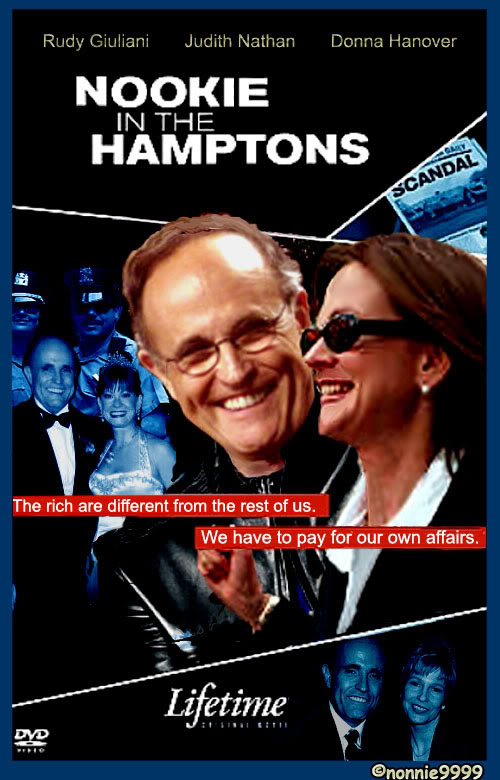 The documents, obtained by Politico under New York’s Freedom of Information Law, show that the mayoral costs had nothing to do with the functions of the little-known city offices that defrayed his tabs, including agencies responsible for regulating loft apartments, aiding the disabled and providing lawyers for indigent defendants.

At the time, the mayor’s office refused to explain the accounting to city auditors, citing “security.”

…the practice of transferring the travel expenses of Giuliani’s security detail to the accounts of obscure mayoral offices has never been brought to light, despite behind-the-scenes criticism from the city comptroller weeks after Giuliani left office.

The expenses first surfaced as Giuliani’s two terms as mayor of New York drew to a close in 2001, when a city auditor stumbled across something unusual: $34,000 worth of travel expenses buried in the accounts of the New York City Loft Board.

When the city’s fiscal monitor asked for an explanation, Giuliani’s aides refused, citing “security,” said Jeff Simmons, a spokesman for the city comptroller.

But American Express bills and travel documents obtained by Politico suggest another reason City Hall may have considered the documents sensitive: They detail three summers of visits to Southampton, the Long Island town where Nathan had an apartment.

Auditors “were unable to verify that these expenses were for legitimate or necessary purposes,” City Comptroller William Thompson wrote of the expenses from fiscal year 2000, which covers parts of 1999 and 2000.

Many of the receipts are from hotels and gas stations on Long Island, where Giuliani reportedly began visiting Nathan’s Southampton condominium in the summer of 1999, though Giuliani and Nathan have never discussed the beginning of their relationship.

Nathan would go on to become Giuliani’s third wife, but his second marriage was officially intact until the spring of 2000, and City Hall officials at the time responded to questions about his absences by saying he was spending time with his son and playing golf.

Receipts show him in Southampton every weekend in August and the first weekend in September of 2001, before the terror attacks of Sept. 11 disrupted the routines of his city.

Both the travel expenses and the appearance that his office made efforts to conceal them could open Giuliani to criticism that his personal life spilled over into his official duties and his expenses grew in his final years in office.

It is impossible to say which of the 11 Long Island trips indicated by credit card receipts were to visit Nathan and which were for other purposes.

Broadening the inquiry, the comptroller wrote, auditors found similar expenses at a range of other unlikely agencies: $10,054 billed to the Office for People With Disabilities and $29,757 to the Procurement Policy Board.

The next year, yet another obscure department, the Assigned Counsel Administrative Office, was billed around $400,000 for travel.

The first trip to Southampton appearing in the travel documents runs from Aug. 31 to Sept. 1, 1999.

Four police officers spent the night at the Atlantic Utopia Lifestyle Inn, according to an approval request for official out-of-city travel, billing the city $1,016.20.

Giuliani’s private schedule, available from the municipal archive, lists no events on Long Island that day.

The New York Post reported the following year that Giuliani “had long weekend visits with gal pal Judi Nathan at her Southampton, L.I., condo last summer, according to neighbors who said the mayor did little to conceal their relationship.”

That first trip was followed by at least 10 more, according to the travel and credit card documents.

Well before it was publicly known he was seeing her, then-married New York Mayor Rudy Giuliani provided a police driver and city car for his mistress Judith Nathan, former senior city officials tell the Blotter on ABCNews.com.

“She used the PD as her personal taxi service,” said one former city official who worked for Giuliani.

New York papers reported in 2000 that the city had provided a security detail for Nathan, who became Giuliani’s third wife after his divorce from Donna Hanover, who also had her own police security detail at the same time. 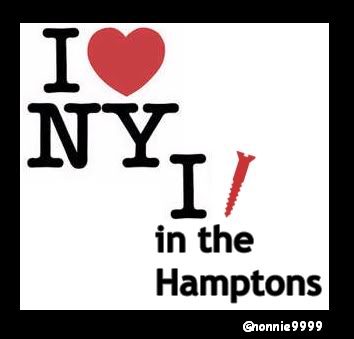