Pat Robertson, who publicly endorsed Rudy Giuliani for president last fall, appeared on FOX and Friends to talk up his candidate this morning 1/17/08. Explaining why he supports Giuliani, he casually made mention that he expects Giuliani to make court appointments to his liking.

Robertson supported Huckabee for governor of Arkansas, but Giuliani would be best suited for the job because he has experience in

“handling a complex organization.” He said Giuliani also “has experience in the Justice Department; he knows about judges. He’s got a good fix on who we want to put in.”

(video available at News Hounds)
Oh, Pat! You think you can fix things by erasing the separation between church and state, but the truth is….. 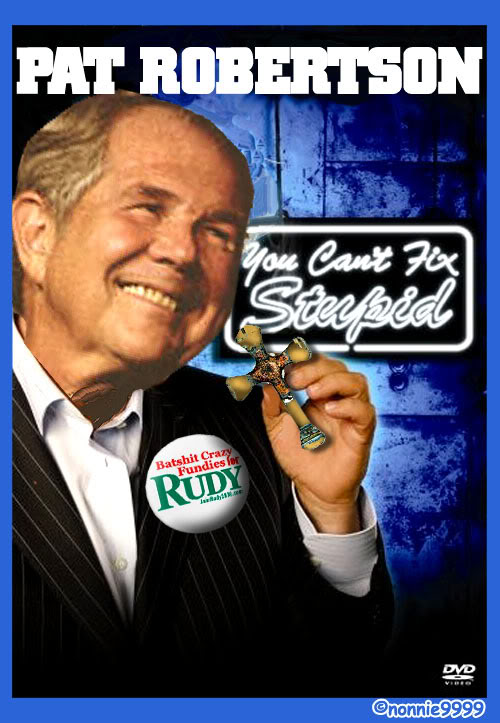 What else is old Pat up to (besides leg-pressing a ton)? From U.S. News & World Report:

Up to now, the list was only made available to Huckleberry and Ron Paul. Ron Paul? Yep, that’s what it says!