The study concluded that the statements “were part of an orchestrated campaign that effectively galvanized public opinion and, in the process, led the nation to war under decidedly false pretenses.” 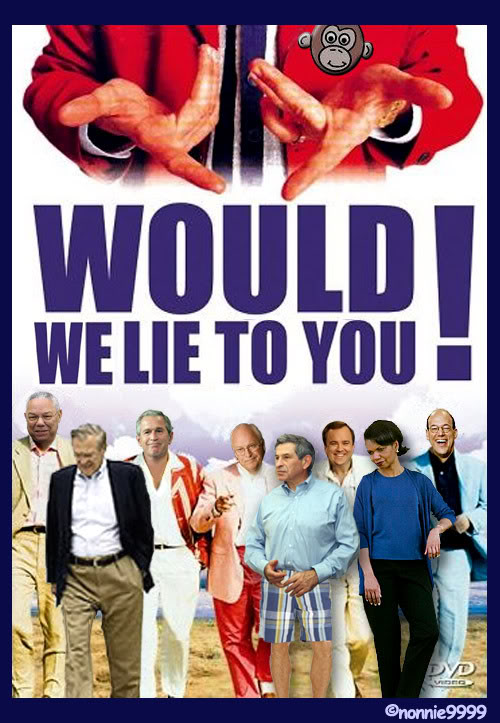 The study was posted Tuesday on the Web site of the Center for Public Integrity, which worked with the Fund for Independence in Journalism.

White House spokesman Scott Stanzel did not comment on the merits of the study Tuesday night but reiterated the administration’s position that the world community viewed Iraq’s leader, Saddam Hussein, as a threat.

The study counted 935 false statements in the two-year period. It found that in speeches, briefings, interviews and other venues, Bush and administration officials stated unequivocally on at least 532 occasions that Iraq had weapons of masons destruction or was trying to produce or obtain them or had links to al-Qaida or both.

Who were the lying liars?

Of course, Chimpy, who led the lying with a grand total of 259 false statements. Woo-hoo! We have a winner!

The center said the study was based on a database created with public statements over the two years beginning on Sept. 11, 2001, and information from more than 25 government reports, books, articles, speeches and interviews.

Of course, the wonderful media picked up the lies and ran with them.

7 responses to “Tell me lies, tell me sweet little lies….”