Sometimes I wish the writers’ strike was still going on

From The Caucus at The New York Times:

Senator John McCain chased after the youth vote in two cameo appearances on Saturday Night Live by joking about his age – he is 71 – and sparing viewers the sound of him crooning a medley of Barbra Streisand songs, as he did when he hosted the comedy show in 2002.

“Good evening, my fellow Americans,’’ Mr. McCain said in a political ad parody on this Saturday’s show. “I ask you: what should we be looking for in our next president? Certainly, someone who is very, very, very old.” 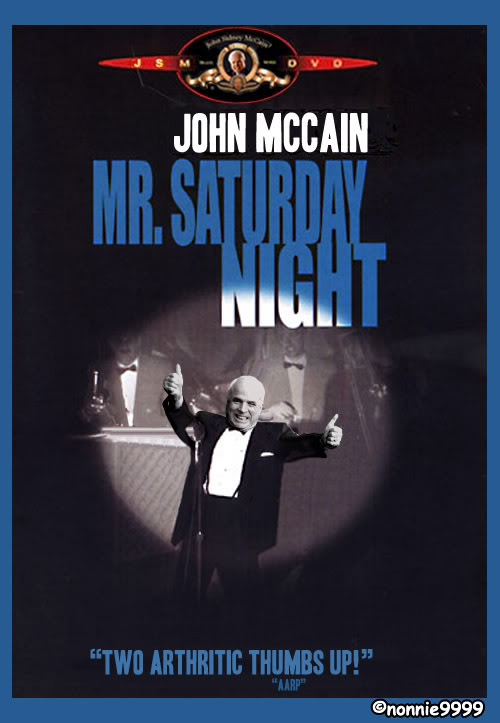