Next time, pray for some class!

From Top of the Ticket at the Los Angeles Times:

Political lesson of the day: Be careful what you ask people to pray for; you may find yourself embroiled in a public relations flap.

The political arm of the socially conservative Focus on the Family religious group today yanked from its website a video that called on folks to ask God to open the heavens and let precipitation pour on Barack Obama just before his nomination acceptance speech at the Democratic National Convention on Aug. 28.

Stuart Shepard, director of digital media at Focus Action (and a meteorologist to boot), wrote and appeared in the video that he posted in late July. 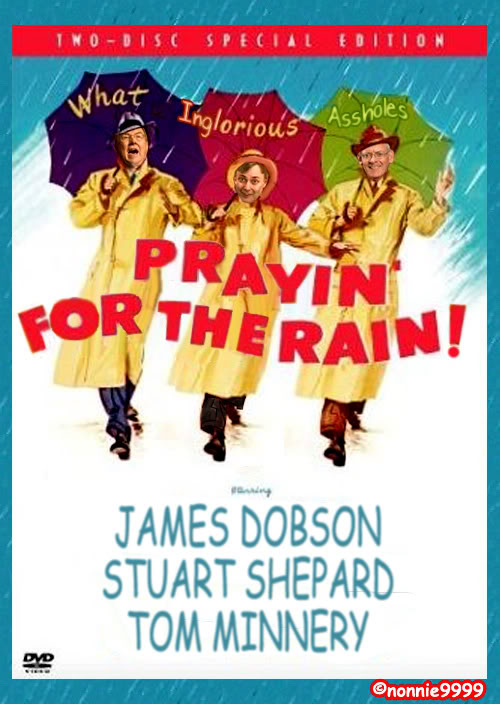