Volcanoes Aren’t the Only Things Erupting!

In his official Republican response to President Barack Obama’s speech to the nation Tuesday, Louisiana Gov. Bobby Jindal said repeatedly that “Americans can do anything!”

With one exception, apparently. We don’t need to keep an eye on simmering volcanoes.

Jindal singled out “volcano monitoring” as an unnecessary frill that Democrats stuck in the recently adopted stimulus package.

“Their legislation is larded with wasteful spending,” Jindal said. “It includes … $140 million for something called ‘volcano monitoring.’ Instead of monitoring volcanoes, what Congress should be monitoring is the eruption of spending in Washington, D.C.”

END_OF_DOCUMENT_TOKEN_TO_BE_REPLACED

Gov. Bobby Jindal of Louisiana has been a rising star in the Republican Party, but his stock took a hit as he was roundly panned for his televised response to President Obama’s first speech to Congress on Tuesday night.

Conservative commentators were among the harshest critics, calling Mr. Jindal’s delivery animatronic, his prose “cheesy” and his message — that federal spending is not the answer to the nation’s economic problems — uninspired.

Well, not all conservative commentators! There’s one guy who can’t get enough of Bobby J! 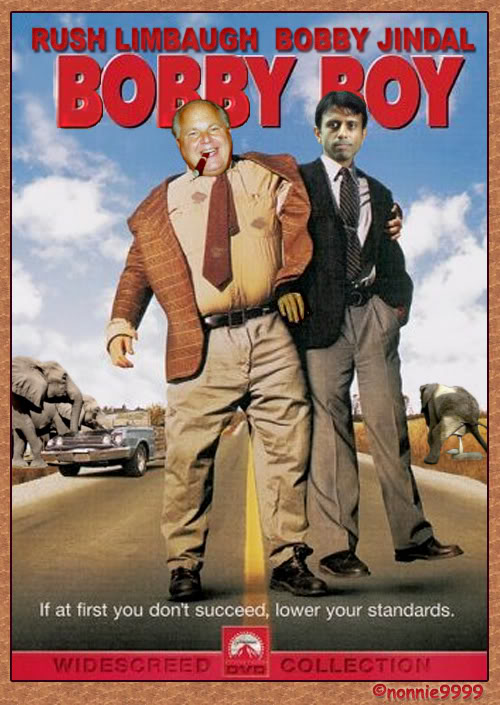 Yesterday, we looked at a couple of Rethuglican Dumbos. But were their remarks the dumbest of the dumb? They have some mighty stiff competition!

From the St. Louis Post-Dispatch:

Time will tell whether the Republican Party is prepared for the changes Steele has in mind.

In an interview today with Washington Times, Steele disclosed that he is working on a public relations campaign that seeks to apply GOP principles to “urban-suburban hip-hop settings.”

What Steele has in mind, he says, will “surprise everyone” and be “off the hook.” 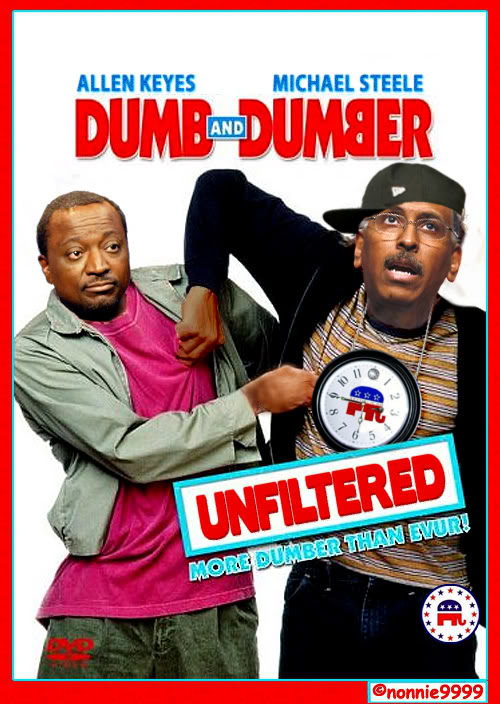 I wonder if they put loafers, sandals, and wingtops on the Senate cafeteria’s menu. How do they fit so many feet in their mouths? 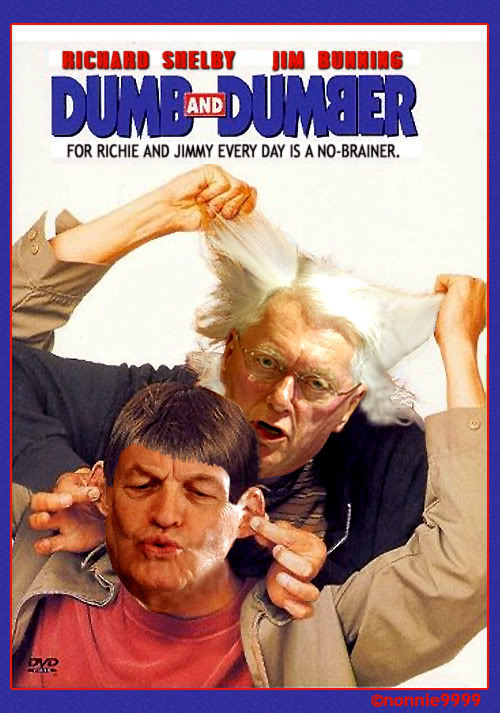 His Name is Earl

Prince of Darkness Denies Own Existence

Listening to neoconservative mastermind Richard Perle at the Nixon Center yesterday, there was a sense of falling down the rabbit hole.

In real life, Perle was the ideological architect of the Iraq war and of the Bush doctrine of preemptive attack. But at yesterday’s forum of foreign policy intellectuals, he created a fantastic world in which:

1. Perle is not a neoconservative.

2. Neoconservatives do not exist.

3. Even if neoconservatives did exist, they certainly couldn’t be blamed for the disasters of the past eight years.

Reporting from Columbia, S.C. — Would a governor in a state with the third-highest unemployment rate in the nation really say no to President Obama’s stimulus money?

That is the question reverberating through South Carolina, where Republican Mark Sanford — a popular second-term governor and noted fiscal conservative — says he may reject some of the $2.8 billion in federal funds headed to his state.

Some observers suspect that the governor, who is regularly mentioned as a presidential contender in 2012, is just grandstanding. It’s hard for them to imagine a lawmaker leaving millions of dollars on the table in a state with a 9.5% unemployment rate — one that has cut hundreds of millions from its budget in recent months, and will cut millions more in the next fiscal year.

Well, kids, in parts 1, 2, and 3, we’ve covered wannabes and motherhood, a few first ladies, and Rethuglican women in the Senate. Since we’ve paid homage to those in the Senate, I would be remiss to ignore the Ladies of the House. Let’s start with my fave, Michele Bachmann. From The Minnesota Independent:

U.S. Rep. Michele Bachmann’s ranting has the blog world buzzing yet again this week. Late last week, in an appearance with KTLK’s Chris Baker, the Minnesota Republican said, “We’re running out of rich people in this country.” She said she thinks Obama will lower the “rich” threshold to couples making $65,000 a year.

Oh, Michele, you are indeed a Barbie doll!