CHICAGO — Sen. Roland W. Burris (D-Ill.), appointed late last year to replace President Obama in the U.S. Senate, has informed Illinois lawmakers that he did not tell them the complete story about his contacts with close associates of Gov. Rod Blagojevich (D) before he got the job. 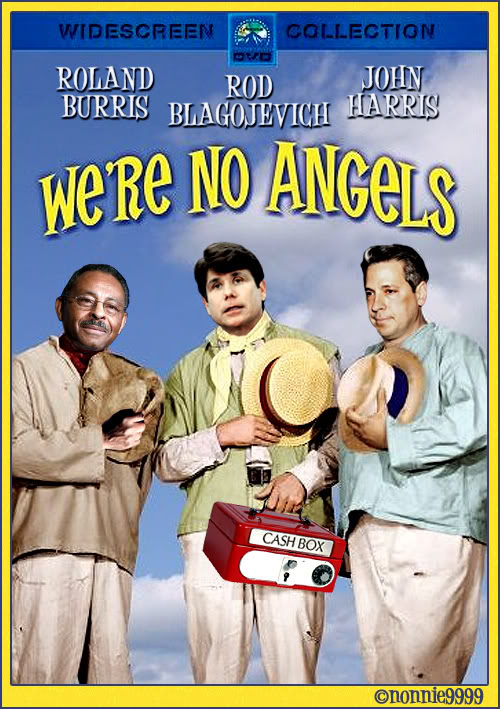 The admission came in a sworn affidavit filed quietly by Burris last week with the Illinois House, and it raises questions about the new senator’s credibility as he begins to finish the final two years of Obama’s term. “I’m disappointed and I do feel betrayed,” state Rep. Jack Franks (D-Ill.) said today as Illinois’s political leadership began to assess the implications of Burris’s admission. “He was sworn to tell the whole truth and nothing but the truth, and it’s obvious that didn’t occur.”

Burris was appointed by Blagojevich in December, following the governor’s arrest on federal corruption charges in a case that included allegations of trying to profit from his authority to fill Obama’s seat.

One condition of Burris’s seating was that he testify openly and truthfully to the state House committee that was considering the impeachment of Blagojevich. Burris acknowledged in the affidavit that he left out several key points in that testimony.

In questioning by lawmakers, Burris said that after July, when he spoke with former Blagojevich deputy Lon Monk, he had no conversations with anyone close to the governor until one of the governor’s lawyers called him on Dec. 26. Blagojevich offered him the job on Dec. 28.

Rep. Jim Durkin (R) asked Burris if he had spoken to associates of Blagojevich, listing six of them by name. Burris conferred with his lawyer and then answered that he had spoken with Monk.

Burris stated in the new affidavit that he actually had spoken with three or four people on the list, including Blagojevich’s brother Rob and top fundraiser John Wyma. He said he made clear to them that he was interested in the Obama seat.

Rob Blagojevich called him three times — once in October and twice in November — to ask Burris to raise money for the governor, according to the affidavit, news of which was first published today by the Chicago Sun-Times.

Burris said he asked the governor’s brother about the Senate appointment but did not offer to raise money.

In the affidavit, Burris also said he neglected to mention that he asked John Harris, the governor’s chief of staff, about the Senate seat in an October conversation. He said he called Harris to recommend his nephew for a state job and mentioned the Senate seat at the end.

Harris was arrested and charged with Blagojevich on Dec. 9 in a bribery conspiracy case.

From the Chicago Sun-Times:

State lawmakers are calling for a criminal investigation into whether U.S. Sen. Roland Burris committed perjury before a state impeachment panel, in the wake of a Sun-Times exclusive story published online today.

An aide to Senate Majority Leader Harry Reid (D-Nev.), who initially sought to block Burris from being seated, said the Senate leader intended to take a closer look at Burris’ new affidavit. But Reid’s office declined to say whether the new revelations would reopen the question of whether Burris should be Illinois’ junior senator.

After Reid’s hand was essentially forced by Burris and African-American supporters in Congress, Burris was formally seated in mid-January, leaving the Senate few options in responding to the matter. If criminal charges were ever to surface against Burris, the Senate Ethics Committee could probe his conduct and recommend censure, but outright removal from the Senate would require a two-thirds vote.

The Sun-Times investigation found that former Gov. Rod Blagojevich’s brother solicited Burris for up to $10,000 in campaign cash before Blagojevich named Burris to the coveted post — something Burris initially failed to disclose under oath before an Illinois House impeachment panel.

The affidavit is dated Feb. 5 — three weeks after Burris was sworn in to replace President Obama in the Senate.

Burris acknowledged having three conversations with Robert Blagojevich, who headed the Friends of Blagojevich campaign fund. At least one of those took place at a campaign office where phones were being recorded by the FBI, according to sources.

Burris‚ statement offers the third version of events he has given about his discussions concerning the Senate seat, to which Blagojevich appointed him in late December, after Blagojevich was hit with federal corruption charges that included an allegation he tried to sell the Senate appointment.

Burris said he sent the new statement to House Majority Leader Barbara Flynn Currie (D-Chicago) after he read the transcript of his testimony before the impeachment committee she headed and realized it was incomplete. “There were several facts that I was not given the opportunity to make during my testimony,” Burris said. “I voluntarily submitted an affidavit so everything was transparent.”

In October and again in November, Burris spoke with Robert Blagojevich, who initially asked him to host a fund-raiser. Burris said he’d get back to him after the election, sources with knowledge of the conversations said. The two later talked again, and Burris again was asked for campaign cash.

Burris said he refused to contribute and “made it unequivocally clear … that it would be inappropriate and pose a major conflict because I was interested in the Senate vacancy.”

A source with knowledge of the exchange said there was some discussion about Burris possibly getting others to give or raise money on his behalf. Not so, according to Burris: “I did not donate or help raise a single dollar for the governor from those conversations and would never consider making a donation through a third party.”

In all, Burris expressed interest in the Senate seat to five people in Blagojevich’s camp, documents obtained by the Sun-Times show. He disclosed just one of those contacts when asked Jan. 8 by state Rep. James Durkin (R-Western Springs) during the impeachment hearings to name any contact he had with Blagojevich’s people about the seat.

In a sworn statement filed with the House panel Jan. 5, before he testified, Burris said he had no contact with Blagojevich’s camp about the Senate seat aside from his appointment in late December. In testimony before the committee, he added that he spoke with Lon Monk, Blagojevich’s former chief of staff. In his new affidavit, Burris confirms he also spoke of his interest in the Senate appointment with Blagojevich insiders John Harris, Doug Scofield and John Wyma.

14 responses to “More Tsuris From Burris”