From The Patriot News:

Joe Wurzelbacher would not say who paid for him to come to Harrisburg to speak out against the proposed Employee Free Choice Act. Neither would organizers of the rally, Americans for Prosperity, a nonprofit that takes donations from conservative donors.

But that doesn’t mean “Joe the Plumber” — who drove his own pickup from Toledo, Ohio, to Harrisburg and was eager to drive home again — didn’t earn his money on Tuesday.

Before he could utter his first words, Wurzelbacher was jeered and heckled by dozens of central Pennsylvania union members who flocked to the Capitol steps to give a rowdy voice of support for the legislation better known as “card check.” 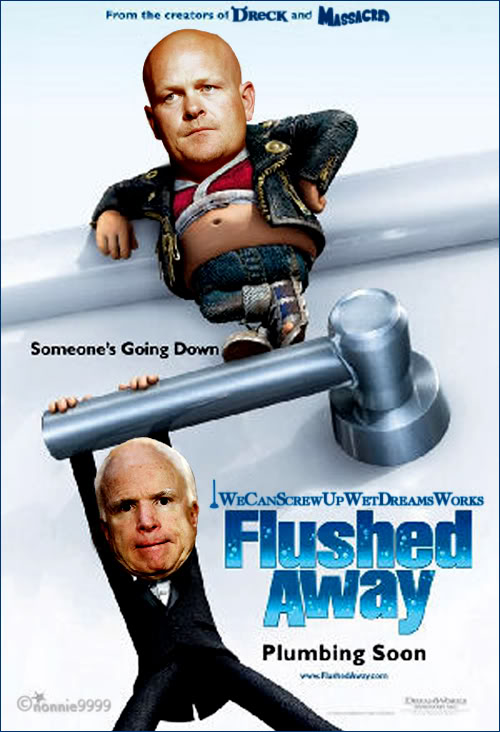 “Real plumbers are for card check!” another shouted.

But Wurzelbacher stood up straight as a lightning rod — and calmly issued anti-card-check talking points.

“Let me start off right now by saying I’m not against unions,” Wurzelbacher said. “Not at all. Unions have made America strong, no doubt. I have a brother and other family members who are union members, and they tell me … they want to go to work their 40 hours and go home without coercion or intimidation.”

“Who paid for him to be here?” said Henry Bonson of the IBEW 143 local.

“I paid my own way to be here. In fact, I had to get a baby-sitter to watch the kids. So it actually cost me money to be here,” said Tim Coy, also an electrician with the IBEW.

The display of union anger, intimidation and outrage helps make the point that strong-arm tactics are the reason union organizing activity should be done by secret ballot, said Tim Phillips, president of Americans for Prosperity.

Card-check legislation was introduced in the U.S. House of Representatives and Senate two weeks ago. The bill would bring sweeping changes to U.S. labor law on several key points, including new rules about binding arbitration.

The legislation preserves a right to a secret ballot. However, if a majority of the workers in a company opt for card check, that would eliminate the secret ballot in that union-organizing effort.

Wurzelbacher admitted that he had not read the card-check bill, lending his detractors further ammunition to denounce him as a paid tool of anti-labor forces that have squeezed middle-class workers and wages.

But Joe the Plumber said neither his mission nor message is beholden to either party. He is suspicious of Democrats and Republicans, who all have “their souls corrupted the minute they set foot in Washington.”

“Party politics will kill the country. There’s no such thing as bipartisan,” Wurzelbacher said. “…We need to enact fair tax legislation and put money in the hands of the American people, cut corporate taxes and watch companies come back to America.”

From The Plum Line:

Oof. Looks like Joe the Plumber’s campaigning against the Employee Free Choice Act in Pennsylvania didn’t go so well.

And after his rough time in Harrisburg, he skipped a subsequent rally in Philadelphia, according to union officials who were there.

The tough time Mr. Plumber endured was apparently too much for him. He was scheduled to appear at a subsequent rally against EFCA in Philadelphia, but according to the SEIU, which had several organizers on the scene, he was a no-show.

Did Captain Underpants introduce Joe the Not-a-Plumber just so there would be someone more unpopular than he is? Capt. U will burn in hell for introducing the world to Joe the N-a-P and Princess Sarah.

16 responses to “Joe the Plumber’s Popularity Plunges Yet Again”