“Well, if I had to choose in terms of being a Republican, I’d go with Rush Limbaugh, I think,” Mr. Cheney said in an interview on “Face the Nation” on CBS. “I think my take on it was Colin had already left the party. I didn’t know he was still a Republican.”

And a king is born… 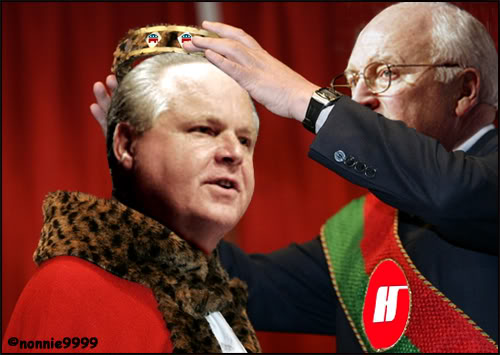