Gov. Mark Sanford (R-S.C.) admitted that he had conducted an extramarital affair with a woman in Argentina who he had gone to visit over the last five days — during which time a massive media story developed over where he was and why.

“I have been unfaithful to my wife . . . I developed a relationship with what started as a dear dear friend,” said Sanford.

😯 I demand to know which same-sex marriage was responsible for this! 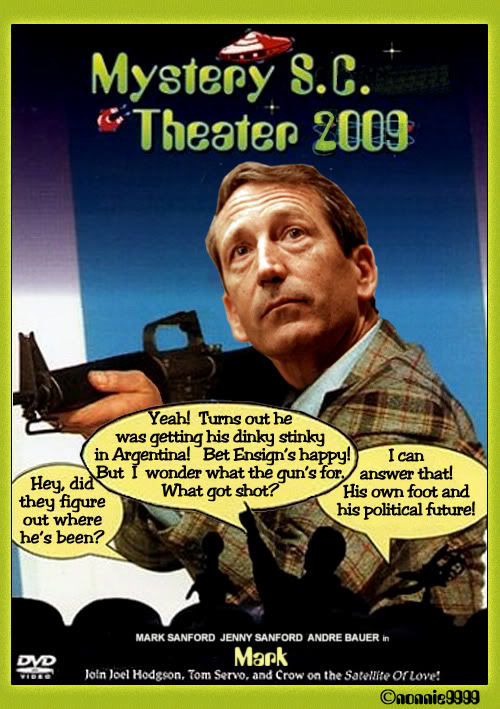 He said that he had met the woman, who he did not name, roughly eight years ago and that it had become romantic within the last year. He visited her three times during the past year, Sanford said, and noted that his wife, Jenny, had been aware of the affair for the past five months.

Sanford announced his resignation as chairman of the Republican Governors Association but did not offer any hint of whether he was considering resigning as governor of the Palmetto State. Mississippi Gov. Haley Barbour was quickly named as Sanford’s replacement at the RGA.

The State newspaper in South Carolina first reported this morning that Sanford had spent the last six days in Argentina not, as his staff had previously said, hiking the Appalachian Trail.

Argentina? You know what this means, kids. Sanford was having an affair with a Latina!! A Latina!! While Tom Tancredo adds Sanford to his official shitlist, other Rethuglicans start a whisper campaign that the Latina in question is Sonia Sotomayor.

By the way, we could have figured out that he was in Argentina by his subtle clothing alterations… 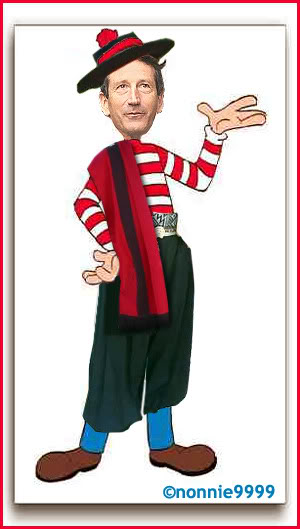 The gaucho pants should have been a tip-off.

Sanford’s public announcement punctuates a strange and winding series events that caused confusion within the state government and considerable chagrin among the Republican Party, which saw its second potential 2012 candidate in as many weeks brought low by infidelity.

I’ll bet John Ensign is jumping for joy that his escapades are now off the front pages. After all, he was only boinking a white chick!

The problem for Sanford is that he appears to have willfully misled his staff, the lieutenant governor and the people of the state about his whereabouts — signaling that he was likely headed to the Appalachian Trail before hopping on a flight to Argentina. There will almost certainly be some sort of investigation into whether Sanford misused state funds on this trip — remember that he took a state-owned vehicle and parked it at the Columbia airport — that will keep this wound raw for the foreseeable future.

Neither Sanford’s office nor the State Law Enforcement Division, which provides security for governors, had been able to reach Sanford since he left the mansion Thursday in a black Suburban SUV assigned to his security detail […]

Catch that? He ditched his security detail. Not only was he having an affair (on Father’s day yet), but think of the example he was setting for kids. No security detail? The governor was having unprotected sex! In other news, Levi Johnston just announced his candidacy for governor of South Carolina.