It Had To Be Yoo

The fact that John Yoo was the only Justice Department OLC [Office of Legal Counsel] official who was “read into” the surveillance program — even though he wasn’t the head of OLC at the time — has already been noted by others looking through the inspectors general report on the program released last week.

But one excerpt from the report is worth paying particular attention to, since it underlines the special role that Yoo came to play on the White House’s behalf.

Referring to Jay Bybee, who ran OLC at the time and therefore was Yoo’s supervisor, the report says:

Bybee described Yoo as “articulate and brilliant” and said he had a “golden resume” and was “very well connected” with officials in the White House. Bybee said that from these connections, in addition to Yoo’s scholarship in the area of executive authority during wartime, it was not surprising that Yoo “became the White House’s guy” on national security matters. 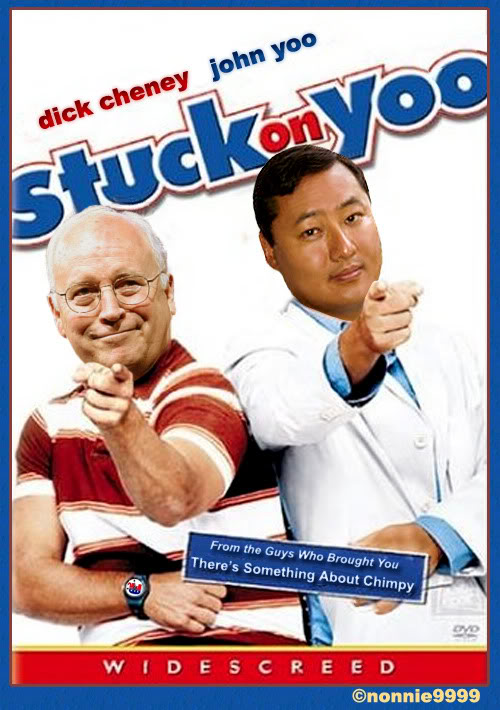 Still, that doesn’t mean it didn’t rankle Bybee that Yoo went behind his back.

Where was the Attorney General here? The report states:

The DOJ OIG was also unable to determine whether Attorney General Ashcroft was fully aware of the advice Yoo was providing directly to the White House about the PSP [President’s Surveillance Program].

Deficiencies in Yoo’s memorandum identified by his successors in the Office of Legal Counsel and Office of the Deputy Attorney General later became critical to DOJ’s decision to reassess the legality of the program in 2003.

So there you have it. We pretty much knew this story already: the White House used Yoo as its hand-picked provider of a legal rationale for the program, going behind the back of Yoo’s supervisor and perhaps even of the Attorney General himself. But Yoo’s reasoning was so shoddy and designed to give the White House what it was looking for — just as occurred on torture — that it was later substantially reassessed by his more critical-minded successors at OLC.

And as a final note, the report offers evidence that, when DOJ later developed some spine and, thanks to concerns about the program’s legality, refused to sign off on the reauthorization that the White House was seeking, it was Dick Cheney who suggested simply ignoring DOJ.