Believe it or not kids, this is the 1,000th post here at the Raisin. It all started on February 17, 2007. That’s when the Raisin was born, and I can’t believe how time has flown. I remember when it was just a baby, and I had no idea what direction it would take…

Oh, they grow up so fast.

Now I feel all nostalgic. Baby pictures do that to me. We’ve looked at baby pictures before. In fact, more than once, and I thought I’d comb the internets looking for more. Let’s see if you can guess who they are.

Did you guess? Yep, it’s our esteemed former Preznit and motivational speaker, Chimpy! Okay, who’s this? 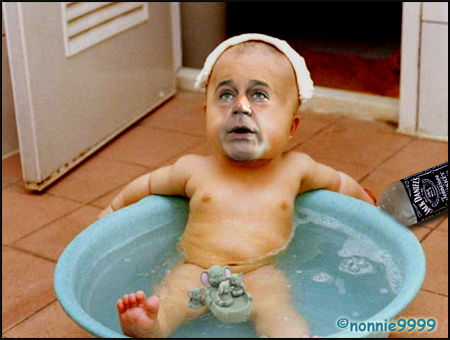 That’s right! None other than John Boohoo Boehner! Wasn’t he adorable before his skin turned to leather? Okay, let’s see how you do with the next one. 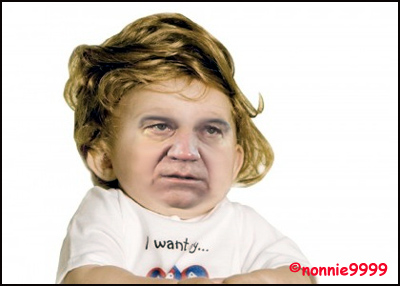 Okay, that one was a bit difficult since he hasn’t been in the news lately. It’s James Traficant, former Ohio rep and now former jailbird. You’ll love the next little cutie. 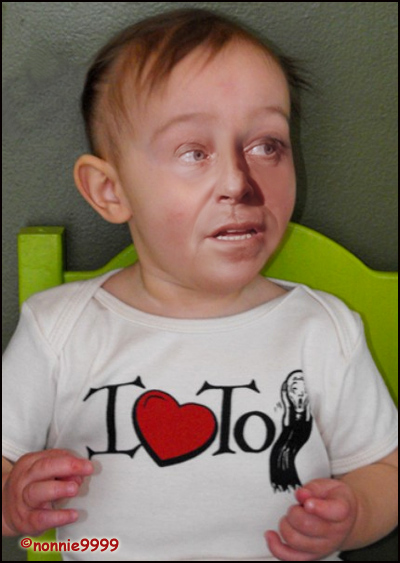 Did the t-shirt tip you off? It’s Joe You Lie Wilson from South Carolina!

That was an easy one! One of only two doctors serving in the Senate, it’s Tom Coburn. Even back then, he didn’t care about people who don’t have health insurance. Funny how kids like little Tom sometimes know early in life what they want to do later on. For example, this next tyke… 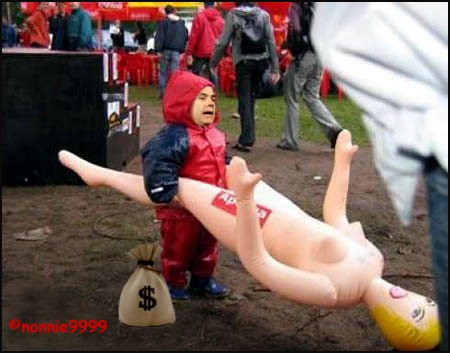 I bet you guessed that one! Yeah, it’s John Ensign!

And just in case you’re not into politics, but love sports and popular culture, I have baby pics for you to enjoy, too. I bet you’ll recognize these toddlers!

Oh, you’re too smart for me, kids! You figured out they’re Tiger and Elin Woods!

I hope you enjoyed this little walk down Memory Lane as much as we’ve enjoyed your company for the first 1,000 posts here at the Raisin. Raisin and Mighty Mikk0mouse hope you’ll all remain Raisinettes for the next thousand.