Michael Steele introduced a new fashion accessory at today’s Republican National Committee meeting in Kansas City, when, like almost everyone in the audience, the RNC Chairman donned a bright-red “Fire Pelosi” cap. It was something of a theme at the event. And a “Fire Nancy Pelosi” bus tour will begin this fall.

What is it with Michael Phathead Steele and hats? From POLITICO (4/30/09):

Republican National Chairman Michael Steele said Thursday that despite Pennsylvania Sen. Arlen Specter’s recent departure, the GOP remains a party of many hats because “that’s how we roll.”

“I look at it this way,” Steele explained to the hosts of MSNBC’s “Morning Joe.” “The four of us are, let’s say for the sake of this example, all wearing a hat that says ‘GOP.’ All right?” 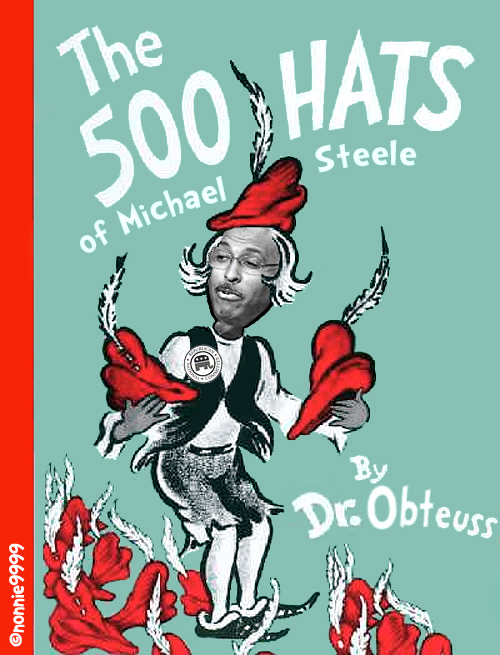 “But what do you recognize?” Steele asked. “We all are wearing the hat that says ‘GOP’ because that’s what we believe. That’s who we are.”

Well, kids, I can’t show you all 500 hats, but we can look at a few of them. We’ve already seen a couple of them, like the matador hat he wore to impress Michele Batshit Bachmann:

…as well as the Carmen Miranda special: 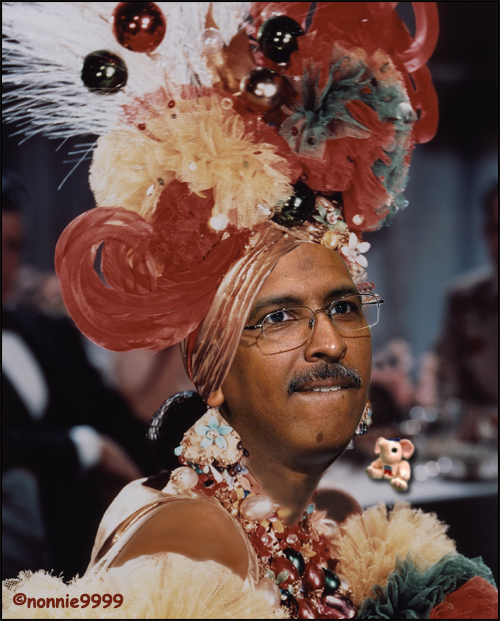 Now, I’m not fashion maven, but I think a hat should reflect your personalty.

15 responses to “Michael Steele Puts the Hat in Phathead”