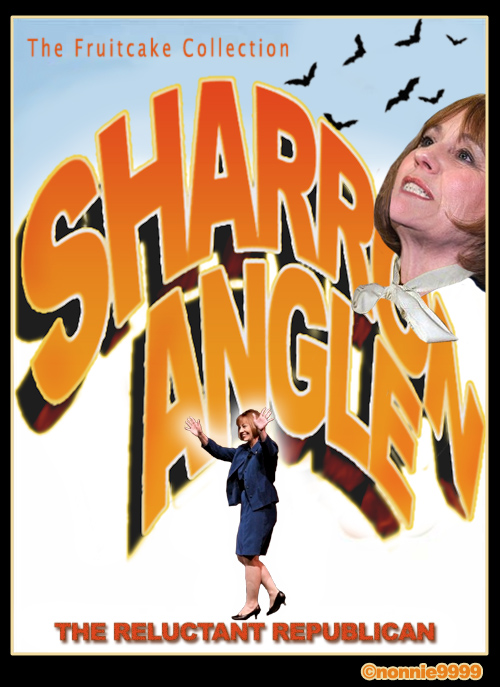 In opposing her, local Republicans are “coming out and showing their colors” she said. “That’s kind of good.”

Angle’s words may not have an immediate political impact, but they show what a profound challenge she and a handful of other Senate candidates pose to the Republican leadership, should they win. Angle’s view of herself is clearly of an insurgent, a subversive force within the GOP.

“We need to work from within,” she tells Ashjian. “And we have actually taken over the Washoe County Republican Party.”

“The only thing that’s different between you and I is, I guess, I was pragmatic enough to know because of other battles [that Angle has been involved in] that third parties can’t get traction,” Angle told Ashjian. “So I said all right, I’ll work with it. Just show me what the rules are, and I’ll work with. And the rules are there are Democrats, you got Republicans. And so what I set about [was] bringing myself up within that Republican rank.”

Here are bits and pieces of the transcript of the conversation (from the LAS VEGAS SUN):

Angle: “The one thing you said about the machinery that has endorsed me, they have no choice… …it’s me or Reid…that’s what they got…. also this is such a national race…so really we have them in a box…they are coming to us and saying, ‘We know we got to support you.’ ….In some ways, it’s exactly where we wanted that good old boy thing is in the box… […] There was no one more shocked than they were when I won that primary, when I went back to Washington DC, they were still moaning and groaning and weeping and gnashing teeth over Sue Lowden…And I said I am what ya got, this is it.

Angle: “(The Republicans in DC) don’t want me back there…because they know I’ll shake this mess up….…..I shook it up in Carson City, they hated me there…41-Angle was not a compliment……..When I go back, there may be five or six of us….maybe Joe Miller (Alaska), Ken Buck (Colorado), Christine O’Donnell (Delaware).

Ashjian: “She (O’Donnell) doesn’t have a chance.”

Angle: “Well I think she’s real.” She then skeptically mentions the Florida GOP Senate nominee as one of the group: “Marco Rubio, but that’s a stretch for me.”