Senate Minority Whip Jon Kyl explained on Fox yesterday that allowing gay men and women to serve openly in the armed forces ” is not a constitutional right as was the issue of racial segregation,” and he went on to argue that repealing the policy that bars them “could disrupt unit cohesion… and cost lives.”

Considering that this may very well kill people, the next Congress should probably repeal the repeal, right? I mean, it’s literally a matter of life and death. We need to re-ban gay people ASAP, right, Senator Kyl?

“I don’t have any plan in place” to repeal the repeal in the next Congress, Kyl said on Fox today. 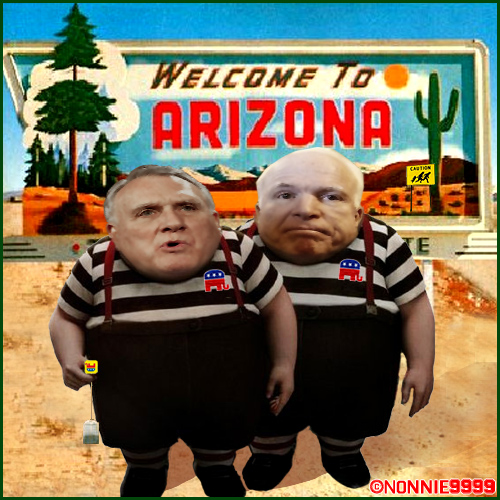 (Kyl also said on Fox yesterday that he probably wouldn’t vote to give 9/11 first responders healthcare, because the GOP might not be allowed to amend the bill, and because “it’s a lot of money.” As enraging as that is,  it was perhaps the first time Fox News viewers learned that this bill was being opposed by Senate Republicans, and not just unnamed politicians on Capitol Hill.)

Before the Senate passed a repeal of Don’t Ask, Don’t Tell on Saturday, Sen. John McCain (R-AZ) made an angry — and somewhat rambling — speech on the floor against the repeal. He warned of “distractions” for servicemembers, adding: “I don’t want to permit that opportunity to happen and I’ll tell you why. You go up to Bethesda [Naval Hospital], Marines are up there with no legs, none. You’ve got Marines at Walter Reed with no limbs.”

McCain added that he’s heard from “thousands” of active and retired military personnel, who tell him not to repeal DADT. But, McCain said, it will be repealed, “and all over America, there’ll be gold stars put up in windows, in the rural towns and communities all over America that don’t partake in the elite schools that bar military recruiters from campus, that don’t partake in the salons of Georgetown and the other liberal bastions here around the country, but there will be additional sacrifice.”