We left off yesterday with my visit to Dunkin’ Donuts, where the Ronald Reagan omnipresence was apparent.  I fled the donut shop to do some errands.  The first thing on my list was buying some paint.

Original image
😯 Screw it. My walls look fine. I’ll go get a manicure instead.

😯 On second thought, i can live with a few hangnails. I still haven’t had a thing to eat, and I’m hungry. I think I’ll stop by Wendy’s. 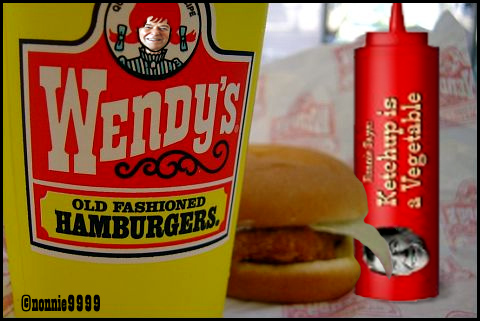 😯 I’ve lost my appetite. I need to have my daily recommended serving of veggies, so I’ll have a ketchup smoothie later on.