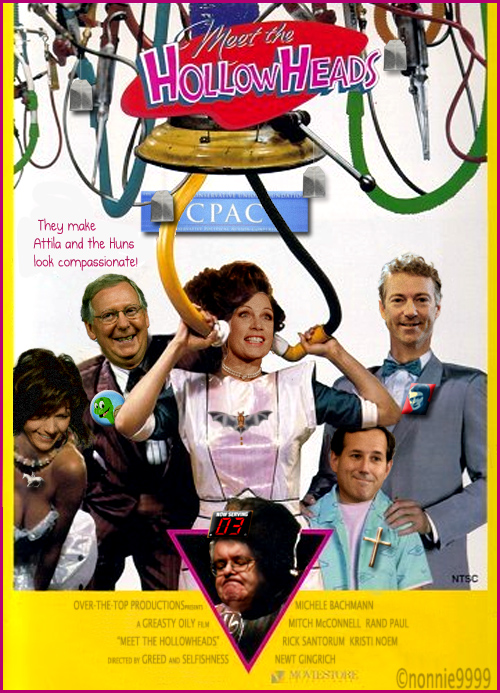 Romney may find himself in the spotlight as observers watch for a potential defense of what has been dubbed “Romneycare” — a health care overhaul he supported as governor of Massachusetts.

On Thursday’s opening day, the speakers ranged from die-hard conservatives like former Pennsylvania Sen. Rick Santorum and former House Speaker Newt Gingrich of Georgia to Sen. Rand Paul of Kentucky, who has the backing of the Tea Party. Former Vice President Dick Cheney made a surprise appearance.

Minnesota Rep. Michele Bachmann, another Tea Party favorite, kicked off the conference to thunderous cheers Thursday with a call for President Barack Obama’s defeat next year.

Santorum took aim at Obama’s handling of the crisis in Egypt, arguing that the administration’s position would make allies of the United States question the reliability of America’s backing.

Santorum also slammed the Democrats’ push for an extension of unemployment benefits, claiming it was slowing the pace of economic recovery.

Gingrich challenged Obama to model himself after President Bill Clinton and “move to the center.”

Repealing the health care overhaul, eliminating the estate tax and securing the Mexican border might help earn Obama an invitation to be the keynote speaker at CPAC in 2012, Gingrich joked.

Senate Minority Leader Mitch McConnell, R-Kentucky, told the crowd the GOP had successfully shifted the terms of the national debate and ensured that the “failed policies of the Carter era would stay where they belong — next to the bell bottoms and lava lamps.”

While the conference, first held in 1973, has traditionally been seen as a way to bring together economic, foreign policy and social conservatives, a rift has emerged this year over the decision to include a gay conservative group — GOProud — as a “participating organization.”

Several prominent conservative organizations, including the Family Research Council, Concerned Women for America and the Heritage Foundation, are boycotting the conference as a result. Ohio Rep. Jim Jordan, chairman of the conservative Republican Study Committee, and South Carolina Sen. Jim DeMint are also skipping the gathering.