Former Minnesota Gov. Arne Carlson has weighed in on the Wisconsin labor protests, and is zeroing in on a measure that potentially could benefit Wisconsin Gov. Scott Walker’s wealthy campaign contributors: the oil billionaire Koch brothers.

In a personal blog, Carlson, a Republican who served from 1991 to 1999, raises smart questions about a provision in Walker’s “budget repair bill” that deals with the no-bid sale of state-owned energy facilities.

Carlson not only questions whether the Koch brothers’ might have a business interest in this, but points out that this is the antithesis of the free-market philosophy at the heart of Republican party philosophy. 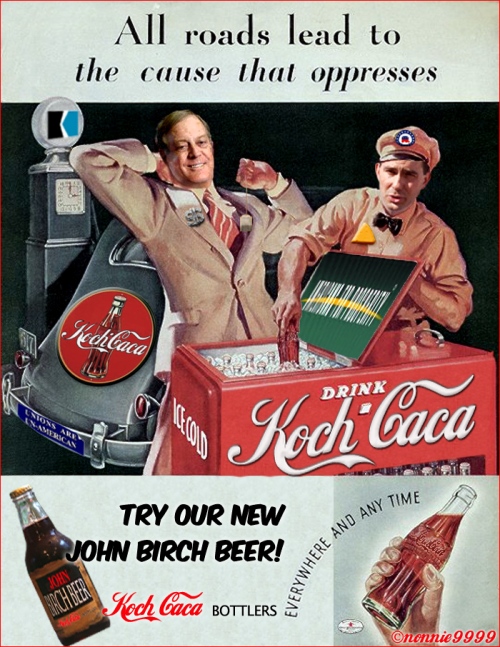 “Certainly this empowerment should be disturbing to all particularly conservatives. How is it in the public’s interest to give such extraordinary power to one person (the Governor) who can dispose of taxpayer-owned facilities without public hearings, without legislative review, and without competitive bids?” Carlson writes.

Carlson also has sharp words about the prank phone call taken by the Wisconsin governor last week — the call ostensibly was from one of the Koch brothers. Americans for Prosperity, a special interest group with strong ties to the Koch brothers, is running ads in Wisconsin in support of Walker.

Now let’s ask two questions:
1—If collective bargaining is an evil that inflicts considerable harm on the public, then why does the bill exempt fire and police?  Governor Walker assures us that it is not political and the fact that some of these public safety unions supported his candidacy had nothing whatsoever to do with his decision.  Ok.  If that be the case, then why the exception?
2—We all know about the extended phone conversation with a fake Koch brother.  But what we do not know is why that call was accepted while calls from legislative leaders were shunted aside.  The Koch brothers run a privately held energy conglomerate headquartered in Kansas.  They reside in New York City and Wichita, Kansas.  They are also large financial supporters of Governor Walker.  Now we are assured that the acceptance of the call does not reflect any form of favoritism.  If that were the case then should not the Governor tell us why he so eagerly accepted this out of state call and refused the calls of legislative leaders elected by the public?
What is perplexing here is that governors are usually sensitive to the needs of the minority party and attempt to engage in negotiations in order that public policy decisions can have broad support.  That is what governance is about.  Certainly there may well be a need to reform the collective bargaining process.   Therefore, why not try to negotiate reform rather than refuse to bargain, and ultimately, create a bitter divide that can cause the Governor harm down the road.
…snip…
[…T]he involvement of the Koch brothers, their energy conglomerates, their heavy financial interests in Wisconsin political campaigns and the Governor’s relationship with them and the language in the bill should at least cause thoughtful people to pause until the public receives solid answers.