From Crooks and Liars:

Wisconsin state Senator Glenn Grothman apparently doesn’t think much of the protesters spending the night in the capitol building and used the excuse that they’re just a bunch of “slobs” trashing the building as the reason why Governor Scott Walker decided to lock them out. 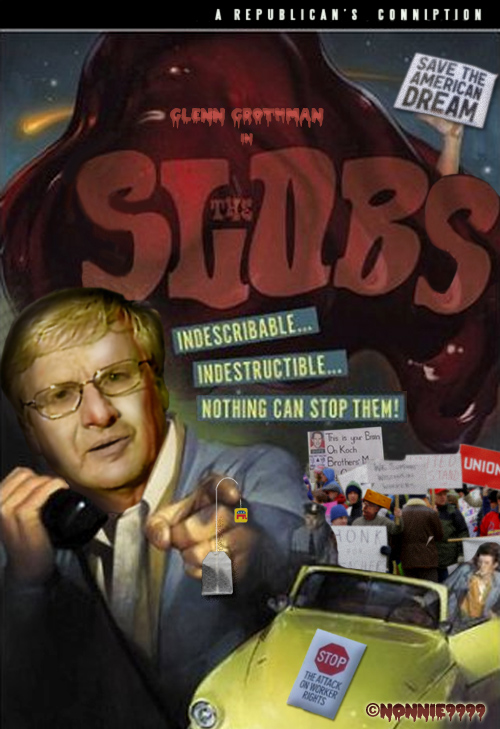