It’s All About the Dough

From The Seattle Times:

Seniors and people with disabilities would pay much more for health care under a new Republican plan aimed at curbing the nation’s growing debt, a Congressional Budget Office analysis shows.

For example, by 2030, typical 65-year-olds would pay 68 percent of the cost of premiums, deductibles and other out-of-pocket costs, according to the CBO. They would pay 25 percent under the current Medicare system, the CBO said. 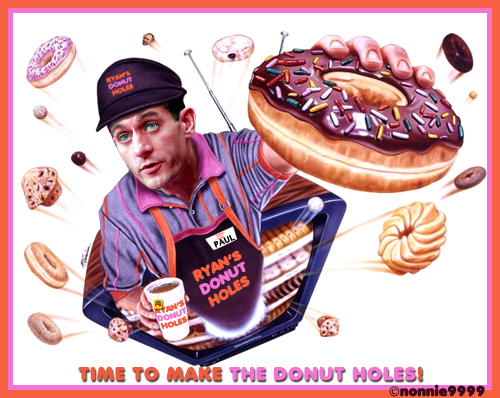 Besides eventually eliminating traditional Medicare, the 10-year budget proposal would transform Medicaid, the state-federal program for the poor. Ryan would give states block grants and end federal rules specifying who receives what benefits, leaving those determinations to the states. The plan would cut the amount that states receive by hundreds of billions of dollars over a decade.

Americans also wouldn’t be required to buy health insurance, and employers wouldn’t have to offer it. States wouldn’t be on the hook to set up insurance marketplaces as they are under the 2010 health-care law, which Ryan would scrap.

The proposed changes have drawn criticism from Democrats and advocates for the elderly and the poor. Many zeroed in on the impact on Medicare.

Under the Ryan proposal, the program would remain largely unchanged for people now 55 and older, but beneficiaries would be shifted into private insurance plans in 2022 with federal subsidies under a model called “premium support.”

Those future enrollees would receive a set amount from the government to buy private plans.

Ryan’s proposal, dubbed “The Path to Prosperity,” also would scrap the health-care law’s Medicaid expansion, repeal a voluntary long-term-care insurance program and cancel an advisory board that the law created to recommend changes to Medicare spending.

Chip Kahn, president and chief executive officer of the Federation of American Hospitals, which represents for-profit hospital and health-care systems, said Ryan’s plan to repeal the law’s coverage expansions but keep provider cuts “will severely impact access to essential medical care for seniors, as well as the lowest-income Americans.”

Republicans campaigned last year by criticizing Democrats for the Medicare provider cuts, saying they would jeopardize seniors’ access to care.

The CBO highlighted key features of Ryan’s proposal, based on its analysis and information from the congressman’s staff, including:

• Starting in 2022, the eligibility age for government-subsidized health care would increase by two months a year until it hit 67 in 2033.

• The “doughnut hole” in the Medicare prescription-drug benefit — a period in which beneficiaries pay 100 percent of drug costs — would continue under the Ryan plan. The health law passed last year calls for the coverage gap to end by 2020.

The CBO report said the average government payment for a 65-year-old in 2022 would be $8,000. In each successive year, it would increase to reflect inflation and the enrollee’s age. Patients’ share would increase sharply, because health-care costs are expected to continue to increase faster than the inflation rate. 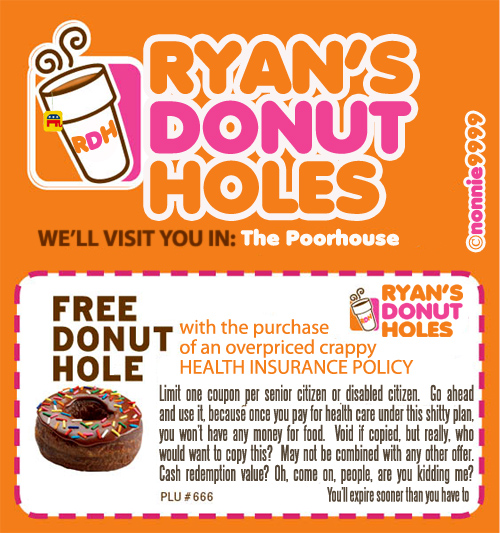 69 responses to “It’s All About the Dough”