DES MOINES — Walking amid the good folk and food booths and rides at the Iowa State Fair, it’s hard to get a sense people are fixated on politics in the aftermath of the Republican debate and before the important straw vote in Ames.

Iowans seem more intent on viewing the giant carved butter cow in the Ag building or sampling the newest featured food at this fair – deep fried butter on a stick.

…snip…
In the debate, some candidates reappeared, some candidates disappeared and one new big player is about to appear. For the last few weeks, Newt Gingrich and Tim Pawlenty have basically gone off most folks’ radar screen – but that changed.  Each showed up in a much more forceful way. Pawlenty had a number of skirmishes and exchanges with the other candidates, especially Michelle Bachmann. And she definitely held her own. 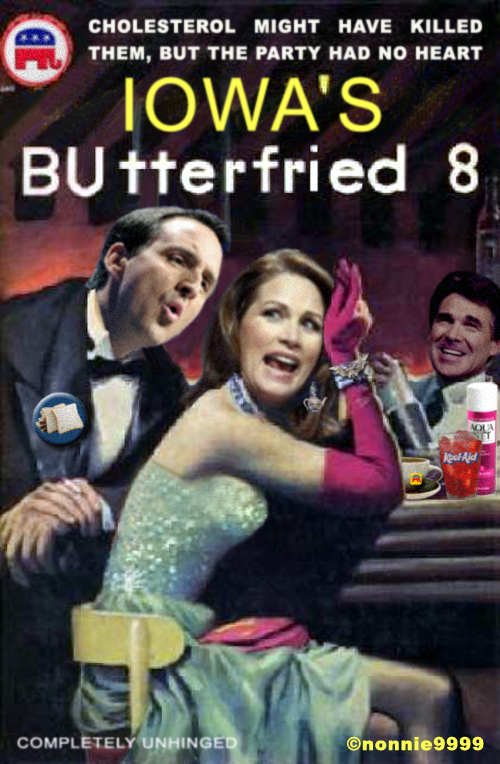