As detectives work their way through the 11,000 pages of telephone numbers that were hacked by the News of the World, they are still surprised by the extent of the illegal actvities at Rupert Murdoch’s now defunct tabloid.

Mandrake can disclose that the latest victim is the fitness trainer at News International’s gym, Kags Alexander-Cahill, who was the instructor to Rebekah Brooks, Andy Coulson and Neil Wallis.

His company, Training Partner, which ran the gym until the end of last year, has been notified by his mobile phone operator that his number was hacked dozens of times between 2005 and 2006. 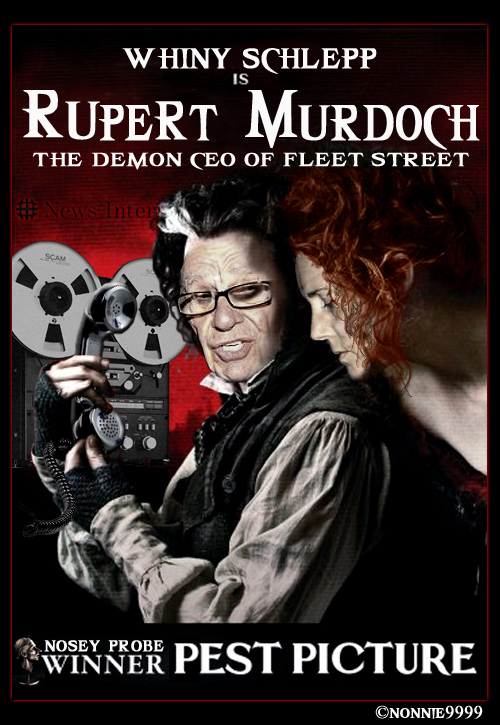 Boy, it’s a good thing that Uncle Rupie took Rebekah off the payroll, right?  Uh-oh, hold on, kids.  From THE INDEPENDENT:

The extent to which Rebekah Brooks has cut ties with News International was questioned yesterday as it emerged that she has kept her chauffeur-driven car paid for by the company.

The former chief executive of Rupert Murdoch’s British newspapers, who resigned last month shortly before she was arrested on suspicion of conspiring to hack voicemails and make corrupt payments to police, is thought to have been told she can keep the perk for two years.

Suggestions the ex-News of the World editor remains on the NI payroll are thought to be incorrect. But it is believed she has kept her car and driver as part of a confidential severance package.

The insistence of Mr Murdoch’s empire that it has parted company with Ms Brooks has not stopped the circulation of rumours that she has been promised a new senior role when the phone-hacking scandal is resolved and that the media mogul has told her to “travel the world” in the meantime.

I don’t know about you, kids, but I think “travel the world” translates into:  “Find a country that doesn’t extradite to the United States or Great Britain, so you can’t be forced to testify against me.”