From THE WALL STREET JOURNAL:

GOP presidential candidate Herman Cain has a plan to fix the economy.  Just don’t ask him to tell you who helped him write it.

In an interview on Fox News Sunday, Mr. Cain declared that �some of the best economists in this country helped him develop the plan, which he has dubbed the 9-9-9 plan because it would create a 9% flat tax on business and personal income and create a 9% national sales tax.

But Mr. Cain repeatedly refused to name those bright minds when pressed by the show’s host, Chris Wallace.

My unnamed sources have told me where Herman’s unnamed economists come from and why he won’t say who they are. 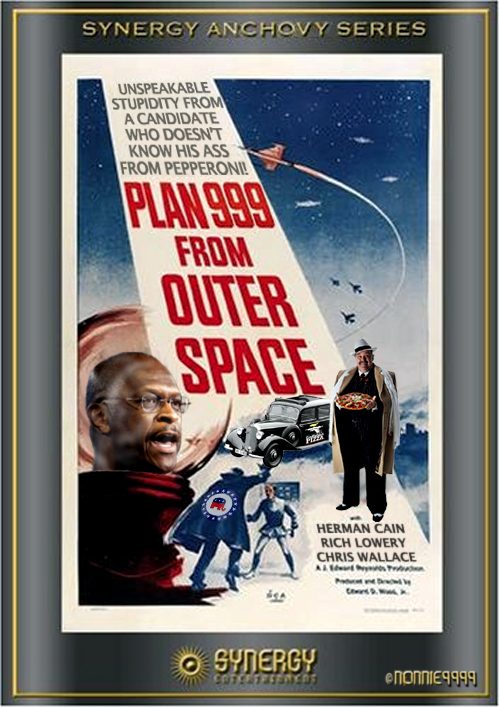