The Koch brothers and the foundation they fund, Americans for Prosperity, are among the biggest backers of the right’s anti-environment movement, pushing for the repeal of environmental laws and regulations on both the state and federal level. Those efforts continued at AFP’s annual Defending the American Dream Summit this weekend, as attacks on the EPA came from seemingly every prominent speaker and in multiple panels.

Former pizza magnate Herman Cain (R) drew some of his largest cheers when he declared that the EPA “needs an attitude adjustment,” while former Gov. Mitt Romney (R-MA) decried the burden of federal regulations on job creation. But while Romney has insisted in the past that Republicans aren’t “anti-regulation” and other conservatives have insisted that the party doesn’t want to defund the EPA, Rep. Mike Pompeo (R-KS) — the Congressman from Koch — made it clear during an environmental panel that that was exactly his goal […]: 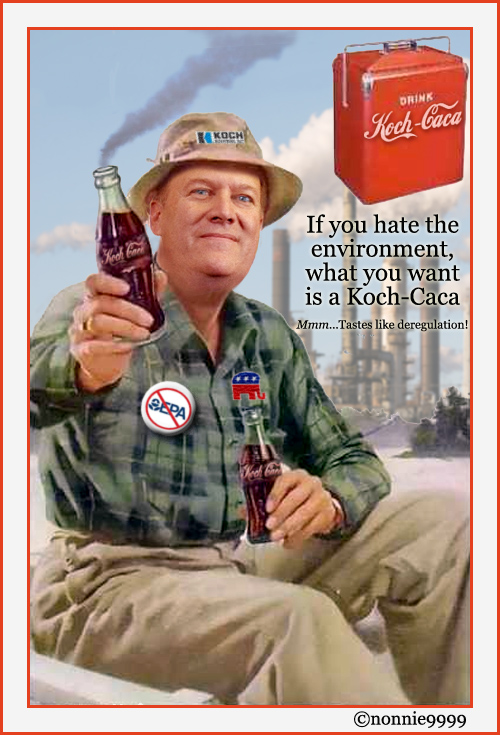