Campaigning for Fun and Profit

Newt Gingrich loves selling himself – both as a presidential hopeful and as a for-profit author.

As he seeks the GOP nomination, the former House speaker frequently combines traditional political campaigning with the sales job for his books and films that has earned him millions. As his rivals on Friday scheduled busy days with voters in early nominating states such as Iowa and New Hampshire, Gingrich planned a single public event: a book signing in the nation’s capital.

(Update: Gingrich’s book signing has been reportedly cancelled due to “public safety concerns.”)

Bill O’Reilly was there with an umbrella?

Gingrich, enjoying a surge in the polls just a month before the first contests are held, prides himself on his non-traditional campaign style. It isn’t clear whether it will pay off politically. But it certainly has not hurt his own income. 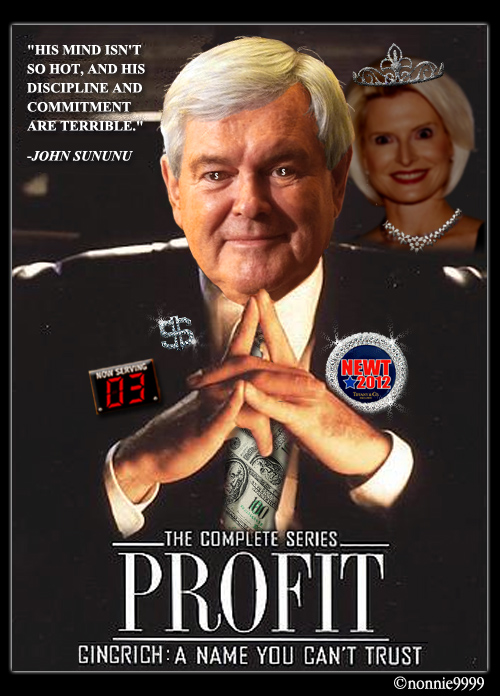