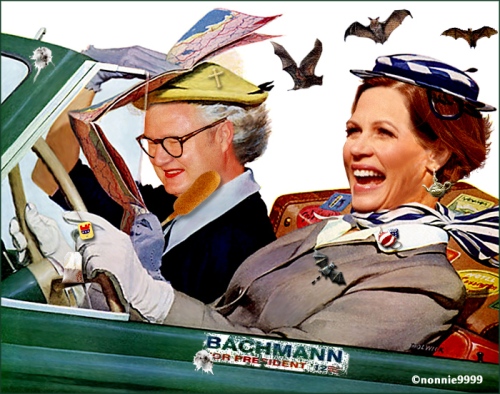 “The holiness of the room and the holiness of the evening was greatly diminished for me, if not completely destroyed,” said Gary Sircus, who stormed out of the synagogue where he has observed the High Holidays for 25 years. “Our congregation values and embodies tolerance, compassion, respect for individual rights, intelligence, science — all of the things that I think Michele Bachmann stands against.”

Later that night, he composed an email to Graves’ campaign and sent it to others, urging them to donate. His words have since gone viral.

Siegel said instead of a sermon that night, the service featured a fictional father and son dialogue about Israel, including a piece celebrating Israel’s openness to the gay and lesbian community.

Bachmann, an evangelical Christian and former presidential candidate, has been an outspoken supporter of Israel but an opponent of gay rights.

The Graves campaign saw a 400 percent uptick in donations from the Chicago area last week, according to Adam Graves, the candidate’s son and campaign manager.

No word on why Bachmann was in Chicago or why she chose to attend the Jewish service. Calls and emails to her campaign and congressional office were not returned.

Maybe they wanted to keep the phonelines open just in case Marcus gets a call that he got that role on Glee that he auditioned for.

42 responses to “Day of Batonement?”