Kids, I’ll leave this here as a warning. You say you aren’t going to vote, because you don’t like your choices? You are going to vote, but you are one of those special little snowflakes who thinks voting third party is going to make a statement? Well, this is what you will be seeing in the Oval Office come January: 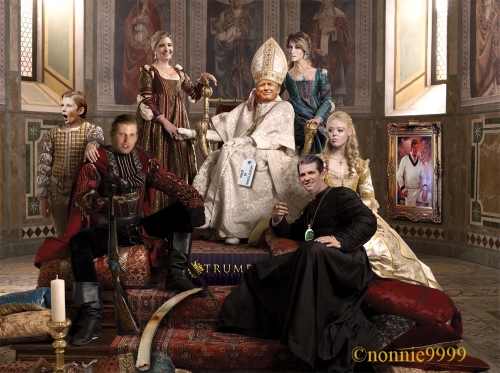 Just think of it. The war between Melanoma…I mean, Melania and Lucretia…I mean, Ivanka over who gets to be First Lady. Then you have Donnie, Jr. and his little friend Pepe the Frog. Then there’s Eric the Elephant Killer who might start hunting citizens if going on safari is inconvenient. Tiffany will be there to babysit Barron, since it would be unseemly to have a nanny who is undocumented.

And, worse of all, there will be Donald Trumpelthinskin Trump.

I have no words.