Libertarian candidate Gary Johnson had another tough night on the campaign trail when he couldn’t come up with the name of a foreign leader during an interview Wednesday.

“You gotta do this,” Matthews said. “Anywhere. Any continent. Canada, Mexico, Europe, over there, Asia, South America, Africa: Name a foreign leader that you respect,” Matthews said as Johnson continued to fumble for an answer.

“I guess I’m having an Aleppo moment,” Johnson said — referring to a much-lampooned moment in an interview earlier this month, where he responded “What is Aleppo?” when asked what he would do about the Syrian city that has been decimated by civil war. 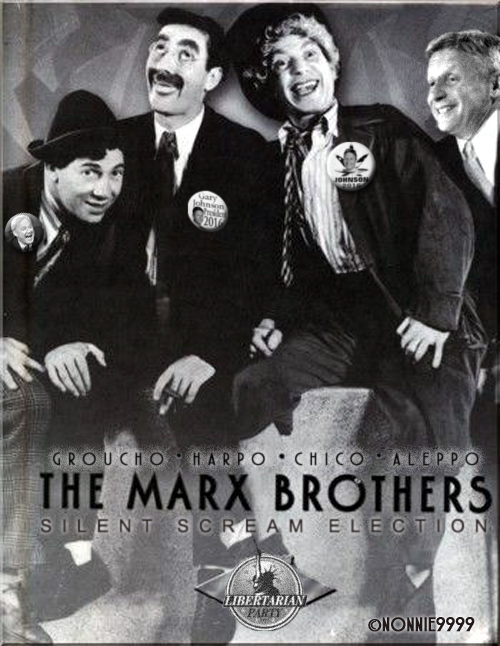 Did you see it, kids? Gary Johnson is a buffoon. The one I felt sorry for is Bill Weld. He seems like a thoughtful, reasonable man. How did he wind up as the Veep nominee while the clown got the top spot? And yet…

From The Detroit News (Editorial):

Today this newspaper does something it has never done in its 143-year history: endorse someone other than the Republican candidate in a presidential contest.

We abandon that long and estimable tradition this year for one reason: Donald J. Trump.

His Democratic opponent, Hillary Clinton, has an impressive resume and a presidential bearing. And although we disagree with her nearly across the board on the issues, we acknowledge she has the temperament to be commander-in-chief and leader of both a diverse nation and the free world.

But character matters. Her career-long struggles with honesty and ethics and calculating, self-serving approach to politics trouble us deeply.

So we find ourselves in the same position as a vast number of voters in looking for an option other than skipping the presidential portion of the ballot.

Gary Johnson meets that need. We recognize the Libertarian candidate is the longest of long shots with an electorate that has been conditioned to believe only Republicans and Democrats can win major offices.

But this is an endorsement of conscience, reflecting our confidence that Johnson would be a competent and capable president and an honorable one.

Let me say this as delicately as possible….WHAT THE FUCK? Who writes for this rag, and how can they say a man who cannot even name another world leader would be a “competent and capable president?” The man should be wearing a clown suit, giant shoes, a nose that honks and a flower that squirts water!

The Detroit News has a Facebook page  if you feel the urge to tell them what you think of their choice.

8 responses to “Squeezing the Johnson”