If the Tiara Chaffetz, Wear It

In defending the new Republican plan to repeal and replace the Affordable Care Act, Utah Rep. Jason Chaffetz suggested in an interview with CNN on Tuesday that lower-income Americans could face a choice between a new iPhone and their health-care insurance. 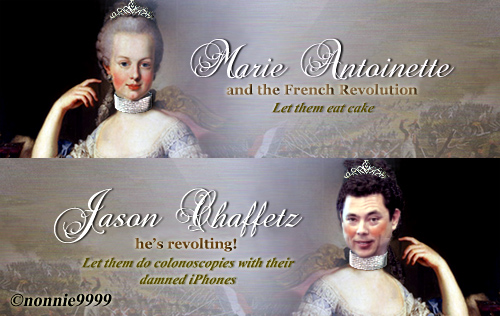 Citing the Kaiser Foundation, host Alisyn Camerota had asked Chaffetz whether it worried him that fewer people would be covered under the Republican bill.

[…W]hat we want to do is make sure that people have access to the quality health care that they want.”

“Access,” Camerota pointed out, “doesn’t equal coverage,” and lower-income people could find themselves without coverage.

Chaffetz countered […] that Americans have choices. “[M]aybe rather than getting that new iPhone that they just love and they want to go spend hundreds of dollars on that, maybe they should invest in their own health care,” he said on CNN’s “New Day.”

And that’s why this asswipe has one of the most punchable faces in D.C. Wonder if taxpayers pay for his iPhone or just his health insurance.

6 responses to “If the Tiara Chaffetz, Wear It”