The microwave’s not spying, but there’s a reason my freezer’s named Frigid-ear!

Kellyanne Conway said she was “not Inspector Gadget” or “in the job of having evidence” when quizzed on television about wiretapping claims.

In a bid to make light of her suggestion that Barack Obama could have spied on Donald Trump using a microwave, she referenced the 1980s cartoon character who had thousands of high-tech gadgets installed in his body.

“I’m not Inspector Gadget,” she told CNN. “I don’t believe people are using their microwave to spy on the Trump Campaign. However, I am not in the job of having evidence. That’s what investigations are for.” 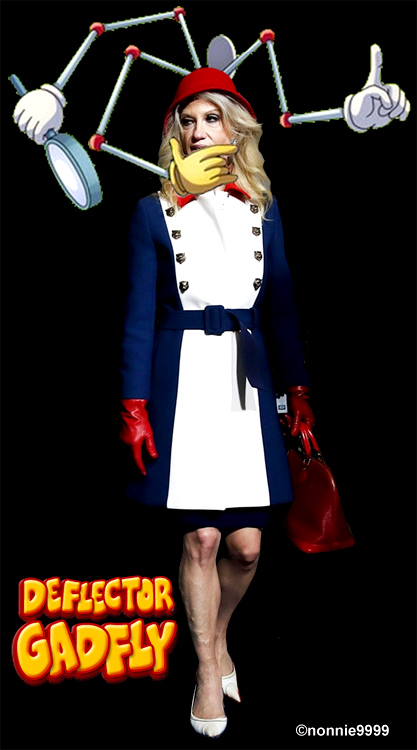 Mr Trump has claimed that Barack Obama had ordered wiretaps be placed in Trump Tower during the presidential election. He has not provided any evidence to back up his suggestion.

Mr Obama’s spokesman has strenuously denied the claims and FBI director James Comey has privately urged the Justice Department to dispute Mr Trump’s claim, although has not come forward to do so himself.

14 responses to “The microwave’s not spying, but there’s a reason my freezer’s named Frigid-ear!”