After a long week of rubbing shoulders with the leaders of the Western world despite having no formal role in her dad’s administration, Ivanka Trump and her husband — along with her brothers, Eric and Donald Jr., and their respective wives and children — will reportedly descend upon the unsuspecting town of Aspen, Colorado.

There was some discrepancy about the number of Secret Service agents that travel with them — one source said “about 100,” while another said “quite a bit less than 100,” so it could go either way.

Meanwhile, President Trump is set to spend his fifth weekend at Mar-a-Lago, which will cost taxpayers about $3 million. 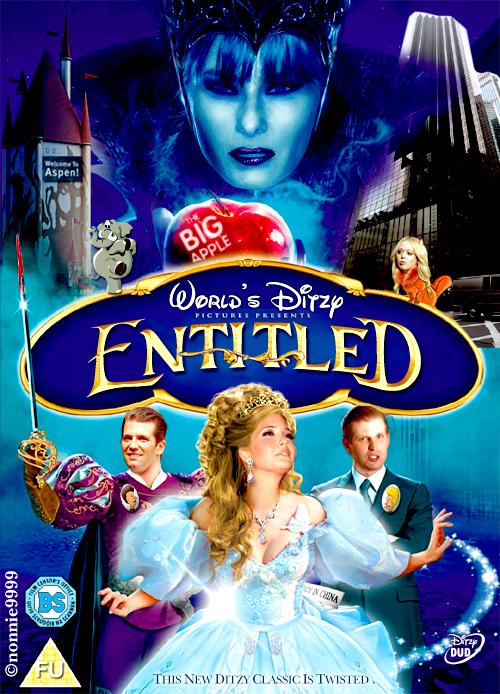 So, let’s break this down, kids. We don’t have enough money for Wheels on Meals to feed Grandma, there certainly is no money available to help people get health care, and if little kids want to watch educational TV, let the little bastards get jobs. However, there is plenty of money for daughter-wife Ivanka, her brothers Beavis and Butt-head, the elephant slaughterers, and their families to take a vacation ski trip to Aspen. So what if Ivanka’s other husband is a billionaire? That doesn’t mean he should pay for his own family’s vacays.   Melania sits in her gilded prison in Trump Tower like Rapunzel just waiting to let down her hair while she tries to blink for the first time in 8 years and costs taxpayers a shitload of money for security for her and her guaranteed child support check Barron. Meanwhile, Tiffany repeatedly climbs over the White House fence trying to see any member of her family.

To sum up–the Twitlers believe they are royalty. If by royalty, they mean “welfare queens,” they are correct.

16 responses to “What Budget Cuts?”