It has been something of a mystery, the whereabouts of House Intelligence Committee Chairman Rep. Devin Nunes on the day before his announcement that he saw information suggesting that communications of then-President-elect Donald Trump and his advisers may have been swept up in surveillance of other foreign nationals.

The California Republican confirmed to CNN in a phone interview Monday he was on the White House grounds that day — but he said he was not in the White House itself. (Other buildings, including the Eisenhower Executive Office Building, are on the same grounds.) 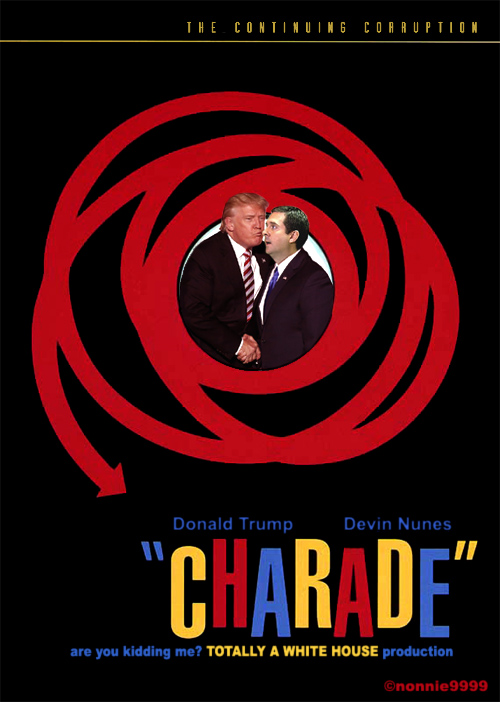 Nunes went to the building because he needed a secure area to view the information, he told CNN.

Nunes defended himself later Monday, telling CNN’s “The Situation Room with Wolf Blitzer” that he had to view the classified documents in an Executive Branch location because the intelligence community had not yet provided them to Congress.
“The Congress has not been given this information, these documents, and that’s the problem,” Nunes said. “This is Executive Branch.”
The ranking Democrat on the committee called on Nunes to recuse himself from the Russia investigation.
“But in much the same way that the Attorney General was forced to recuse himself from the Russia investigation after failing to inform the Senate of his meetings with Russian officials, I believe the public cannot have the necessary confidence that matters involving the President’s campaign or transition team can be objectively investigated or overseen by the Chairman,” Rep. Adam Schiff, a California Democrat, said in a statement.
A former government intelligence official told CNN on Monday that members of Congress, like the general public, must be cleared and escorted into facilities on White House grounds.
…snip…
Trump’s press secretary, Sean Spicer, directed all questions Monday about Nunes’ source to the chairman.
At a briefing last week, Spicer refused to rule out whether Nunes’ source came from the White House but did say during the daily press briefing that “it doesn’t really pass the smell test.”
…snip…
A government official said Nunes was seen Tuesday night at the National Security Council offices of the Eisenhower building which, other than the White House Situation Room, is the main area on the complex to view classified information in a secure room.
The official said Nunes arrived and left alone.
Nunes told CNN he had been working on nailing down the surveillance information before Trump’s unsubstantiated claim earlier this month that he was wiretapped by President Barack Obama. Last week, Nunes told CNN he was unaware of any evidence to back up Trump’s claim.
He told CNN Monday he wanted to “reiterate this has nothing to do with Russia.”
…snip…
Two congressional sources said Nunes was with a staff member Tuesday night when he got a message, got out of the car and got into an Uber. Staff did not hear again from him that night.
They next heard from Nunes Wednesday morning, the day he scheduled a news conference before going to the White House. The staff do not know where he went Tuesday night.