How the Russians Turned a Page

Two years before joining the Trump campaign as a foreign policy adviser, New York business consultant Carter Page was targeted for recruitment as an intelligence source by Russian spies promising favors for business opportunities in Russia, according to a sealed FBI complaint.

Page confirmed to ABC News that he is the individual identified as “Male-1” in a 2015 court document submitted in a case involving the Russian spies. 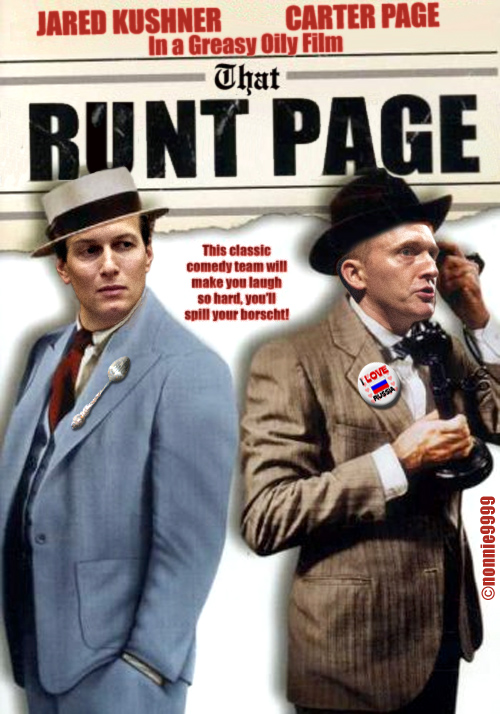 “I didn’t want to be a spy,” he said in an interview early Monday afternoon. “I’m not a spy.”

According to the document, the FBI interviewed Page as part of the investigation stemming from the indictment of three Russian men identified as agents of the Russian overseas intelligence agency, the SVR. One of them, Evgeny Buryakov, was operating undercover as an executive in the New York office of a Russian development bank. The Buryakov case resurfaced in headlines last week when President Trump’s son-in-law Jared Kushner revealed he had met with the head of the same bank. Buryakov was sentenced to 30 months in prison as part of a plea agreement, but he was released from prison over the weekend and is awaiting deportation to Russia.

In the FBI court filings, spy recruiters were overheard speaking with Buryakov about “the attempted use of Male-1 as an intelligence source for Russia,” the court record says. The recruiter says he “promised Male-1 a lot” and told him he would use his “connections in Russia” to “push contracts” his way. “For now, his enthusiasm works for me,” the recruiter says of Page.

Early in his campaign for president, Trump identified Page as one of his top foreign policy advisers during a Washington Post editorial board meeting. At the time, Page had almost no public profile in Washington foreign policy circles. In September, he emerged as a key figure in the investigation into Russian interference in the 2016 elections when questions began to circulate about a speech he gave at a prominent Moscow university over the summer. Page was also named in the now infamous dossier prepared by former British spy Christopher Steele hired to conduct opposition research on Trump. The dossier alleged that Page used the speech as cover to meet with senior Kremlin officials on Trump’s behalf, a claim that Page has denied.

“It would have been an honor to meet [Russian oil executive and Putin ally] Igor Ivanovich [Sechin], but I never had that opportunity,” Page said.

13 responses to “How the Russians Turned a Page”