U.S. Education Secretary Betsy DeVos faced an unwelcome reception Wednesday as she delivered the commencement speech at Bethune-Cookman University, a historically black college in Daytona Beach, Florida. As the university’s president, Edison Jackson, began to award DeVos an honorary degree, many students in the crowd started to boo, while faculty applauded. A mere seconds after DeVos began speaking, the room erupted in shouts. A number of students turned their backs on the speaker, who attempted to elevate her voice above the crowd’s for the majority of her time on stage. 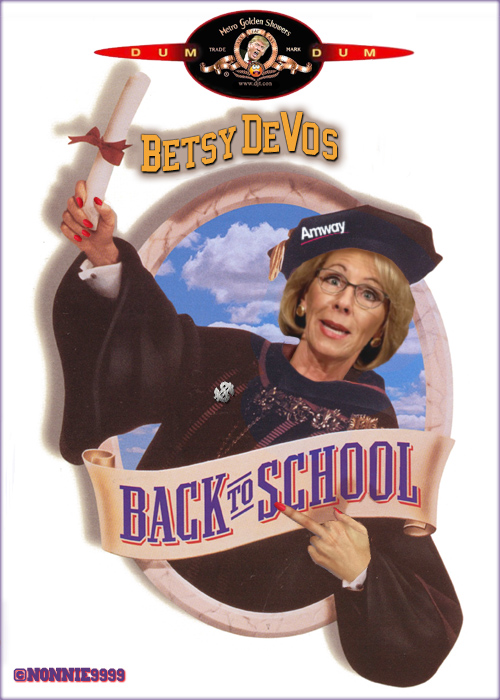 Students in the crowd were especially angered by DeVos’s mention of the university’s founder, Mary McLeod Bethune, the daughter of slaves and a civil rights activist. As DeVos announced she would be visiting Bethune’s home and gravesite later in the day, a few voices could be heard shouting, “No!” One of the graduates, Donjele Simpson, expressed frustration that DeVos had “the nerve” to bring up Bethune’s legacy. “What does she know about that?” Simpson askedTheWashington Post.

Though pronounced, Wednesday’s student reaction was not altogether surprising. Prior to the commencement ceremony, multiple petitions circulated on Bethune-Cookman’s campus, expressing concern over DeVos’s upcoming appearance. The petitions, which together featured around 60,000 signatures, were delivered to school officials on Tuesday. Before the event, Jackson wrote a letter to the campus community defending the university’s invitation. “If our students are robbed of the opportunity to experience and interact with views that may be different from their own, then they will be tremendously less equipped for the demands of democratic citizenship,” Jackson wrote.
The response failed to resonate with the Florida chapter of the NAACP, which called for Jackson to resign.
…snip…
In a petition on Change.org, Dominik Whitehead, a 2010 graduate of Bethune-Cookman, said that students understood the importance of engagement and open communication, but felt it was inappropriate for DeVos to serve as the university’s commencement speaker. “Bethune-Cookman University doesn’t need a photo op from the Trump Administration,” the petition reads. The statement calls to mind criticism of a February photo featuring President Trump and representatives from America’s historically black colleges and universities (HBCUs). The photo went viral for a number of reasons, including the fact that Trump invited the representatives for a “listening session,” only to spend less than ten minutes in conversation with them.
Many have criticized DeVos’s response to the meeting as well. In a statement on February 27, DeVos referred to HBCUs as “pioneers” of school choice, claiming that the institutions “started from the fact that there were too many students in America who did not have equal access to education.” The remark was historically naive: HBCUs were founded in response to slavery and Jim Crow during a time when black Americans had few choices about their livelihood, let alone their education.
DeVos has also been faulted for championing the use of private-school vouchers, which have often failed in their attempt to integrate private institutions. A recent report from the Century Foundation even argues that vouchers lead to more racial, religious, and socioeconomic segregation in schools.

Don’t strain your precious eyeballs, my darling Raisinettes, here’s a closer look of the DVD banner at the top:

Original image
(Click on the image for a slightly larger version)