Commerce Secretary Wilbur Ross told CNBC on Monday that “there was not a single hint of a protester anywhere there during the whole time” he was in Saudi Arabia with President Donald Trump over the weekend.

The CNBC anchor said that could be because protesting isn’t allowed in Saudi Arabia. 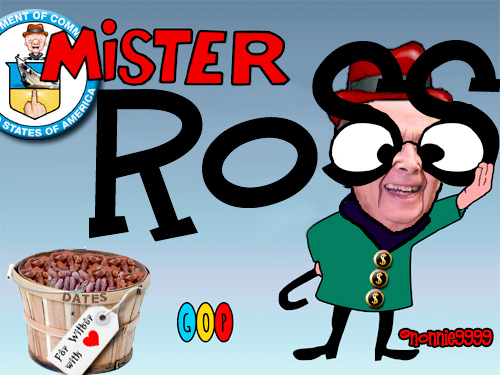 Ross, who was seen napping during Trump’s speech on Sunday, added that the Saudi security guards asked Trump and his aides for a photo and presented him with “two gigantic bushels of dates as a present, a thank you for the trip that we had had. That was a pretty from-the-heart, very genuine gesture, and it really touched me.”

The Saudi government banned all forms of protest in 2011 in the wake of the Arab Spring.

“Regulations in the kingdom forbid categorically all sorts of demonstrations, marches, and sit-ins, as they contradict Islamic Sharia law and the values and traditions of Saudi society,” a Saudi interior ministry statement said at the time.

A counterterrorism law enacted in 2014 reinforced the ban on dissent, characterizing any act that “undermines” the Saudi state or society as an act of terrorism.

Trump’s speech in Riyadh on Sunday did not mention Saudi Arabia’s human-rights violations, which include public floggings, coerced confessions, and death sentences for crimes such as nonviolent drug offenses. Most executions are carried out by beheading, according to Amnesty International.

Squint not, my dearest Raisinettes. Here is a larger version of the new Department of Commerce seal under Wilbur: 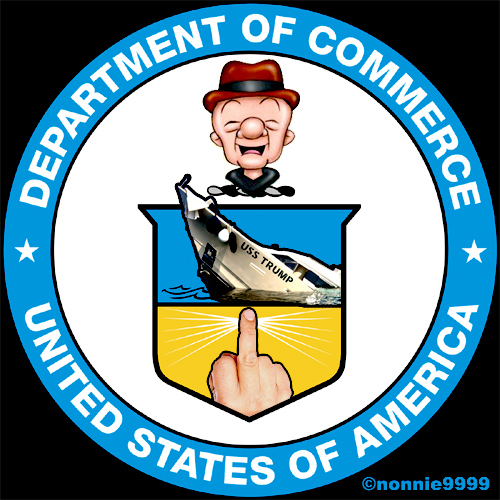