No matter what President Donald Trump seems to do — or how angry he seems to get — the Russia investigation just won’t go away. That became even more apparent over the past 24 hours […].

That’s because the Washington Post reported Wednesday night that special counsel Robert Mueller and his team of all-stars are expanding their Russia probe and now directly investigating whether Trump was trying to obstruct justice when he fired former FBI Director James Comey.

In addition, the New York Times reported yesterday that the investigation is looking into whether Trump associates laundered money they’d received from Russia, presumably as part of a payoff for colluding with Moscow during the campaign.

And who is right smack in the middle of this? From HOT AIR:

It’s still a collusion investigation, notwithstanding the new interest in possible obstruction of justice by Trump himself. Per the Times:

A former senior official said Mr. Mueller’s investigation was looking at money laundering by Trump associates. The suspicion is that any cooperation with Russian officials would most likely have been in exchange for some kind of financial payoff, and that there would have been an effort to hide the payments, probably by routing them through offshore banking centers.

Offshore banking centers? Hmmm. There is a former high-ranking Trump campaign official known for operating multiple companies and bank accounts on Cyprus, a country which “has long been known as a hub for moving money in and out of Russia.” That same official has been accused by a Ukrainian lawmaker of laundering money paid to him by the party of former Putin puppet Viktor Yanukovych. Go figure that Mueller might be interested in any mysterious payments moving into or out of [Paul] Manafort’s accounts during the campaign. 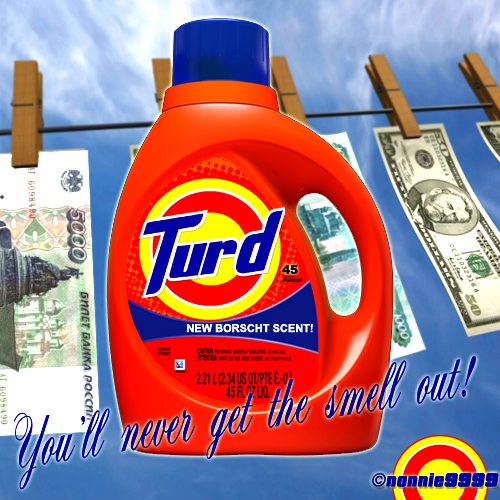 But that’s not the only possible line of investigation. USA Today reported a few days ago that there’s been a striking increase since Trump won the nomination last year in purchases of Trump properties by LLCs, which are allowed by law to conceal the names of the people who operate them. And that trend isn’t industry-wide. It appears to be unique to Trump-owned realty[…]

Axios’s sources inside the White House assume that Comey is probably telling the truth about what Trump said to him in terms of letting [Michael] Flynn go. And they’re reportedly concerned about the money-laundering line of inquiry since, if anything turns up, it would provide a possible motive for obstruction: “Any obstruction probe requires context, which means investigators digging into the finances of Flynn, Trump and Jared Kushner. This is the phase of the probe many Republicans have always feared most.” Right now there’s an innocuous explanation for Trump firing Comey and opposing the Russiagate probe: He was annoyed that Comey wouldn’t say publicly that the president wasn’t personally under investigation, and the perception of wrongdoing was hurting him politically. (Firing Comey made that perception much worse, but oh well.) If it turns out there’s money changing hands with Russia somewhere among his campaign associates, then the suspicion will shift to “Did Trump know?” and “Is that the real reason why he wanted to end the probe?”