Senate Republicans unveiled their version of a bill that would repeal the Affordable Care Act today—and behind that legislation is Pennsylvania’s own Sen. Pat Toomey.

The bill includes cuts to Medicaid that are more severe than the health care legislation passed by House Republicans last month. Compared to the ACA, the House bill would leave 5 million more people who rely on Medicaid uninsured next year, according to the Congressional Budget Office. 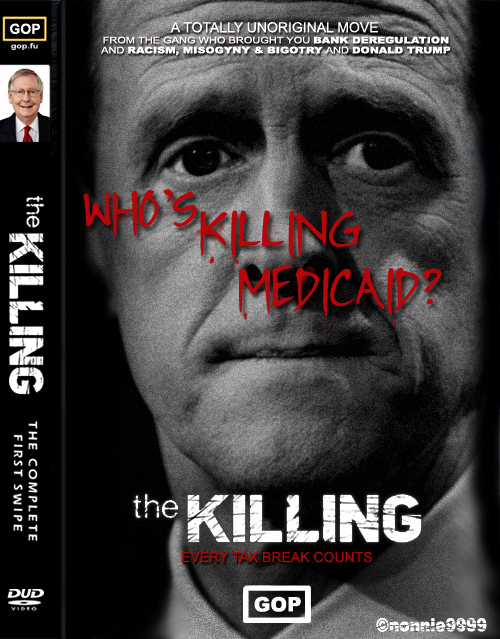 As the chairman of the Subcommittee on Health Care, Toomey helped spearhead the bill’s drafting process and the push for deep Medicaid cuts, which Democrats and some Republicans fear will force states to either eliminate coverage for many needy patients or assume a much more sizable chunk of the cost.

Here’s how the bill would work: Under current law, Medicaid is an open-ended entitlement program, meaning the government is required to match state expenditures for the costs of covered services to those deemed eligible (primarily low-income and disabled people). The Senate legislation would replace that program with a system of capped federal payments that would drastically reduce federal spending over time.

That means states would be forced to decide whether to scale back on coverage or raise a significant amount of funding, likely through taxes or budget cuts, to make up the difference.

In addition, the bill would eliminate the ACA’s mandates to buy coverage and repeal tax increases designed to pay for the ACA, effectively resulting in tax breaks for the wealthy.

Medicaid insures 20 percent of Americans. It covers nearly half of all births in the country, almost 40 percent of children (76 percent of poor children), and nearly 65 percent of nursing home residents, according to the New York Times.

Kids, to tell the truth, I think this whole shitshow is nothing but a Rethuglican kabuki dance. Does anyone else think the media is acting like a bunch of theater critics who have nevah, evah been to the theater? They’ve seen this particular play time and time again, and they always act like it’s brand new. Meanwhile the rest of us are screaming For fuck’s sake, the butler did it!!!

Lemme explain. I think Yertle McConnell knows exactly how this vote is going to go. Even if he is testing the waters to see which pre-written script he’s going to use, he knows which alternative ending will follow each script. Of course, from the very beginning, the Rethugs’ optimum ending  is tax cuts for their rich donors (and themselves). All they had to do was fill in the MadLibs script they always go by. First, announce a really shitty bill. Enter  make-believe moderates (we’ll call them MBMs) to make a fuss in order to protect their own asses and the collective Rethuglican ass, since they need those seats for a majority. Then, make believe that you are making changes (that you knew you were gonna make anyway) to make those MBMs happy. Exit MBMs. Enter the whackadoodles on the far right to make some noise about how the bill doesn’t go far enough. Make believe you are making some changes to appease them (ditto that they knew they’d make those changes anyway). Exit whackadoodles. Enter Rand Paul so he can flaunt his ideological purity. Exit Rand Paul. Enter Lindseypoo Graham to throw around a few bon mots for a comedic break. Exit Lindseypoo.

So where are we, kids? We still have a shitty bill that is probably meaner than it was when it started, and the MBMs probably still won’t vote for it (with a wink and a nod, because they know it’s gonna pass anyway) OR we have a shitty bill that is not going to pass, but the MBMs can still continue to say that they are MBMs, because they voted against it, and the whackadoodles can tell their constituents that they tried to repeal Obamacare, and Twitler will be angry only at the Rethugs that he already hates. So, the play is the same old, same old, and only the ending is in question (but I doubt that will be for long).

So why did I bother with this post in the first place. Because, no matter the outcome of the vote, Pat Toomey is still a fucking shithead who wants to take Medicaid away from people who need it desperately. He is not up for reelection until 2022, so it was safe for him to be the one to publicly shit on Medicaid. That doesn’t mean that every Rethug is not in agreement with this particular shithead. If the bill passes or doesn’t pass, don’t forget that Rethugs don’t care if people die when they don’t have to just so that rich people can get tax cuts.

Or should I say Curtains?

5 responses to “A Future that’s Gloomy. Thanks, Senator Toomey”