Attorney General Jeff Sessions has fallen out of favor with President Donald Trump, but that hasn’t stopped him from moving quickly to reshape the federal government’s approach to law enforcement. He has implemented new policies that will turn more offenses into federal crimes, confiscate suspects’ property, and crack down on sanctuary jurisdictions. The policies fit Sessions’ tough-on-crime attitude toward criminal justice—but he isn’t taking credit for them.

In announcing recent reforms, Sessions has said he is carrying out the recommendations of the Task Force on Crime Reduction and Public Safety. […] But what exactly is this task force? It’s hard to say. The Justice Department has declined to disclose the task force’s membership, its meeting agendas, or its recommendations to the attorney general. The task force was slated to deliver a report to Sessions last week, but it has not been made public. Instead, the group supposedly behind some of the Trump administration’s most consequential policy moves remains an almost complete mystery. 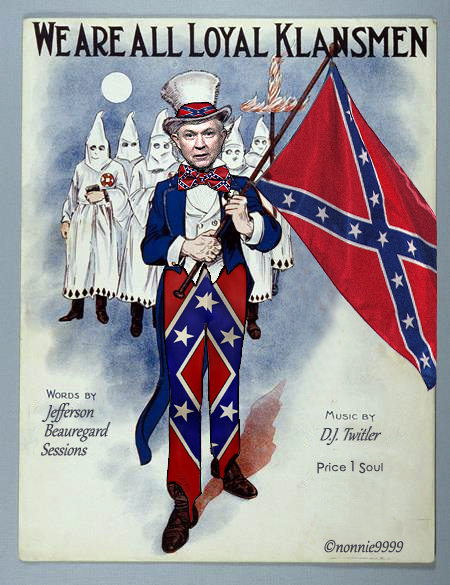 On February 9, the day Sessions was sworn in as attorney general, Trump signed an executive order instructing Sessions to create a criminal justice task force, which he did on February 27. A press release noted that its members would include the directors of the Bureau of Alcohol, Tobacco, Firearms, and Explosives, the FBI, and the US Marshals Service and the administrator of the Drug Enforcement Administration. But no specific individuals were named. In June, the acting director of the DEA told US News and World Report that he was not on the task force and did not know if any of his subordinates were. (A spokeswoman for the Bureau of Alcohol, Tobacco, Firearms, and Explosives confirmed that the bureau’s acting director is on the task force. The FBI and US Marshals Service did not respond to a request for confirmation.)

In April, Sessions provided a few more details about the scope of the task force’s mission, in a memo stating that it would review a wide range of policies, from illegal immigration to marijuana. The memo also revealed two specific members on the task force: a career Justice Department attorney named Robyn Thiemann and a federal prosecutor from Tennessee named Steven Cook, whom Sessions had hired as assistant deputy attorney general to oversee criminal justice policy. Like most details about the task force, Thiemann and Cook’s official roles were not made clear, but subsequent reports have described them as co-chairs. The involvement of Cook, a proponent of harsh sentencing and a foe of criminal justice reform, was a signal that the group would take a hardline stance on law enforcement.

One of Sessions’ most controversial reforms in recent weeks was also a task force recommendation. On July 19, Sessions announced that the department would increase its use of civil asset forfeiture, a law enforcement tool that allows police to permanently confiscate private property and cash from suspects, even those who are not charged with a crime. The policy is rife with abuse, and there is bipartisan support for limiting its use.

A week later, the department announced an effort to force local law enforcement to cooperate with federal immigration authorities. The department would deny one type of federal grant to so-called sanctuary jurisdictions that withhold information about crime suspects from Immigration and Customs Enforcement.

Despite the mystery surrounding it, the task force serves as a road map for what to expect from the Justice Department. In his April memo, Sessions said the task force would review current policy on issues including marijuana policy, hate crimes, immigration enforcement, and sex trafficking, raising concerns among advocates that further policy shifts could be in the works—although it’s hard to say in the absence of more information about the task force.

And there’s this. From Slate:

Talk about playing to your base. The Trump Department of Justice, the New York Times reported Tuesday, is preparing to take on affirmative action programs at America’s universities that it believes might be unlawfully discriminating against, wait for it, white applicants.  […] The new legal project is recruiting lawyers in the DOJ, according to an internal department memo, for “investigations and possible litigation related to intentional race-based discrimination in college and university admissions.”

“Supporters and critics of the project said it was clearly targeting admissions programs that can give members of generally disadvantaged groups, like black and Latino students, an edge over other applicants with comparable or higher test scores.”

The forthcoming legal battle seems like the natural culmination of white conservative America’s growing sense of aggrievement and Fox News–fueled belief that they are somehow the victims of reverse racism, particularly under the Obama administration. Donald Trump flirted with and appealed to white nationalists throughout his campaign, and stuck one of their heroes in the big chair at the Justice Department, so it shouldn’t be surprising that the Trump administration is out to fight for civil rights … for white people.