At first it sounded like hyperbole, the escalation of a Twitter war. But now it’s clear that Bob Corker’s remarkable New York Times interview—in which the Republican senator described the White House as “adult day care” and warned Trump could start World War III—was an inflection point in the Trump presidency. It brought into the open what several people close to the president have recently told me in private: that Trump is “unstable,” “losing a step,” and “unraveling.”

To the tune of Ramblin’ Man performed by the Allman Brothers, written by Dickey Betts: 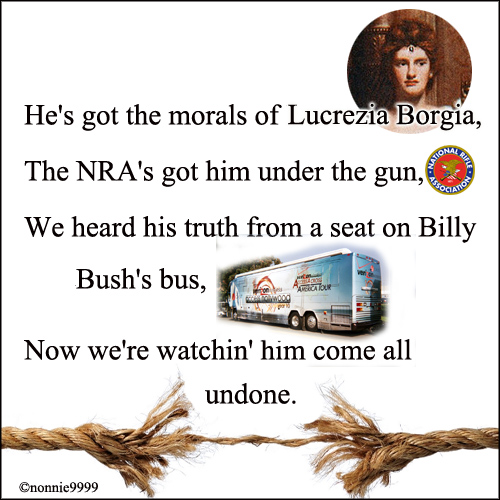