You gonna eat with that lying mouth?

Stephanie Wilkinson was at home Friday evening — nearly 200 miles from the White House — when the choice presented itself.

Her phone rang about 8 p.m. It was the chef at the Red Hen, the tiny farm-to-table restaurant that she co-owned just off Main Street in Lexington, Va.

Sarah Huckabee Sanders had just walked in and sat down, the chef informed her. 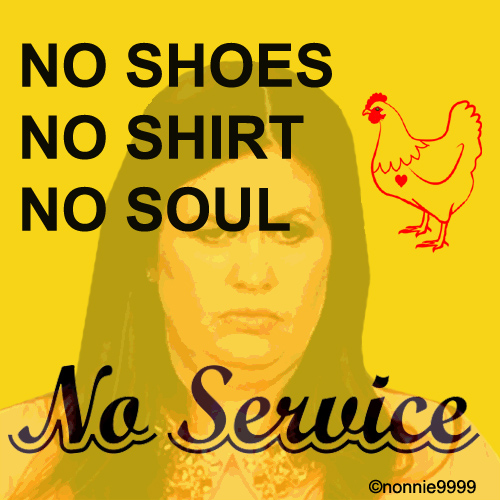 It seemed unlikely to her that President Trump’s press secretary should be dining at a 26-seat restaurant in rural Virginia. But then, it was unlikely that her entire staff would have misidentified Sanders, who had arrived last to a table of eight booked under her husband’s name.

As she made the short drive to the Red Hen, Wilkinson knew only this:

And she knew — she believed — that Sarah Huckabee Sanders worked in the service of an “inhumane and unethical” administration. That she publicly defended the president’s cruelest policies, and that that could not stand.

“I’m not a huge fan of confrontation,” Wilkinson said. “I have a business, and I want the business to thrive. This feels like the moment in our democracy when people have to make uncomfortable actions and decisions to uphold their morals.”

Several Red Hen employees were gay, she said. They knew Sanders had defended Trump’s desire to bar transgender people from the military. This month, they had all watched her evade questions and defend a Trump policy that caused migrant children to be separated from their parents.

“Tell me what you want me to do. I can ask her to leave,” Wilkinson told her staff, she said. “They said yes.”

Wilkinson asked Sanders to go outside on the patio. She didn’t want a big dramatic confrontation. She politely asked her to leave, and Sanders politely agreed to do so. Her party had been served a cheese platter, and they offered to pay for it, but Wilkinson said there was no charge.

One of the waiters took a photo of the whiteboard where notes are written, such as what supplies to replenish. One of the notes was “86 – Sara Huckabee Sanders.” He posted it to Facebook, along with the comment, “I just served Sarah huckabee sanders for a total of 2 minutes before my owner asked her to leave.”  Sanders confirmed on her Twitter account that she had been asked to leave and gave the name and location of the restaurant. Of course, social media blew up, as it always does these days, from Twitter to Yelp. People who have never eaten in the restaurant started to post reviews, both positive and negative.

Wilkinson doesn’t know how this will affect the restaurant, but when asked if she regretted her actions:

And she added: “Absolutely, yes, I would have done the same thing again. . . . We just felt there are moments in time when people need to live their convictions. This appeared to be one.”

Oh, and get this kids, Chuckleberry-Sanders tweeted:

Her actions say far more about her than about me. I always do my best to treat people, including those I disagree with, respectfully and will continue to do so.

Maybe it’s better nobody got served any food, because if she had said that at the table, the other people would have choked on their food!

20 responses to “You gonna eat with that lying mouth?”