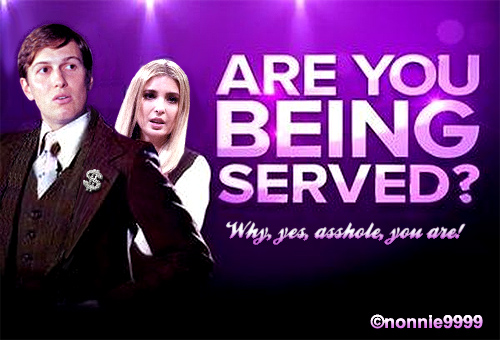 In Washington, the process server was turned away by the U.S. Secret Service and told, “You’re going to need to find another way to serve that,” according to the filing.

In its filing, the DNC said it served all the defendants in the U.S., including Kushner, the Trump Campaign, Roger Stone, Donald Trump Jr., George Papadopoulos, Paul Manafort, Richard Gates and Emin Agalarov.

The DNC suit, which names foreign defendants including Russia, WikiLeaks and Julian Assange, claims hacks of its computers inflicted “profound damage” on the party by undermining its effort to communicate “values and vision” and by creating internal discord.