END_OF_DOCUMENT_TOKEN_TO_BE_REPLACED

Something stinks in Nebraska!

This week, what began as an innocent Facebook like ended with Ari Kohen, an associate professor at the University of Nebraska-Lincoln, filing a complaint with the Office of Congressional Ethics against Republican Rep. Jeff Fortenberry’s Chief of Staff for threatening him over the phone.

It all started when Kohen liked a Facebook post featuring a hilariously defaced campaign sign in which Fortenberry was given googly eyes and his name changed to “Fartenberry.” Kohen was one of 130 people who liked the post.

END_OF_DOCUMENT_TOKEN_TO_BE_REPLACED

A press conference intended to publicize sexual assault claims against special counsel Robert Mueller collapsed in spectacular fashion on Thursday, after the pro-Trump operatives behind the event failed to demonstrate a grasp of even basic details about their accuser or explain why they had repeatedly lied about their project.

Mueller has asked the FBI to investigate the effort from publicity-hungry Washington lobbyist Jack Burkman and pro-Trump Twitter personality Jacob Wohl, which has been dogged by accusations that they offered women money to accuse Mueller of sexual misconduct.

I was able to get a picture of Burkman and Wohl leaving the press conference: 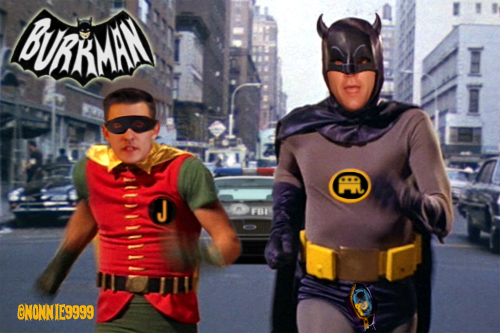