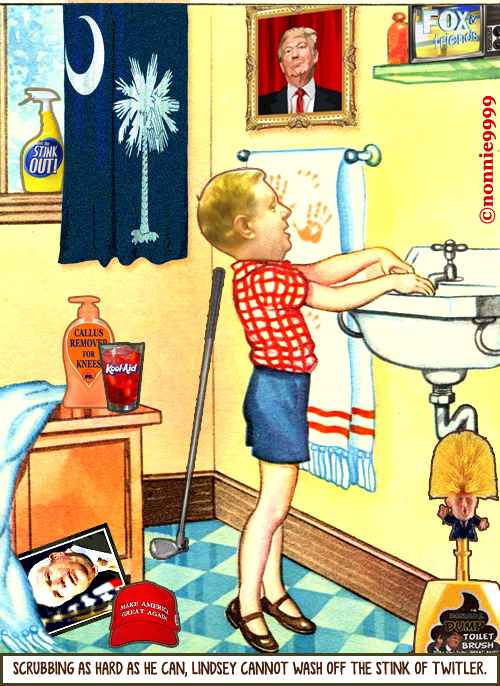 “He basically … sold his political soul for, you know, 20 percentage points inside his own Republican Party. I guess, unlike John McCain, Lindsey Graham didn’t have the confidence and the assurance in his voters that he could speak truth to power and still get reelected in his state,” he added.

“Senator, by the way, actually, everything that you stand for, you want to get more aggressive in Venezuela, you’re stronger on North Korea now and the president used to be somewhat reserved,” Kilmeade said.

“You’re happy you’re taking action against China. You’re not happy he made comments against Joe Biden. You’re doing play-by-play,” he said. “You’re not going out of your way to rip him, but I think you’re being totally consistent with who you are. There’s not one thing you’re saying that you don’t believe. You’re in current by President Trump’s aggressive approach to our chronic problems.”

The senator replied saying that he simply could not worry about the MSNBC host’s comments.