Can you hear me now, comrade?

President Donald Trump has spoken regularly on an unsecured personal cellphone with his personal lawyer Rudy Giuliani — and experts say it’s possible that Russia knows more about their efforts to compel Ukraine to investigate former Vice President Joe Biden than congressional investigators do. 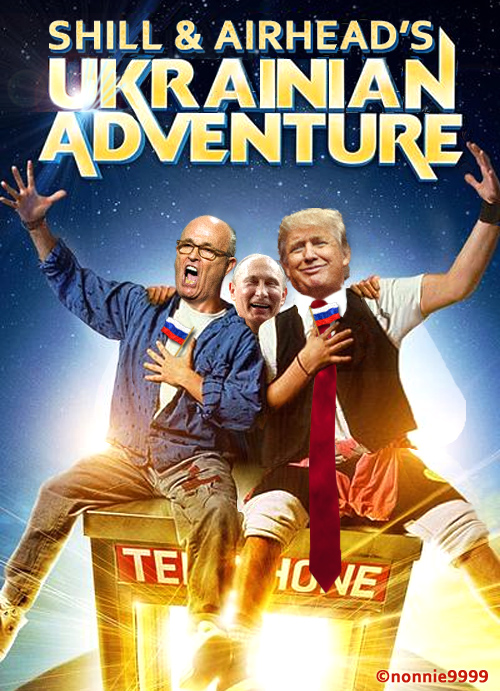 The Washington Post reported Thursday that current and former Trump administration officials say that Trump has communicated routinely with Giuliani using his personal phone, which was prone to surveillance by foreign intelligence.

That’s backed up by phone records the House Intelligence Committee released earlier this week, showing that Giuliani exchanged several calls with unidentified people at the White House during key moments of the Trump administration’s engagement with Ukraine.

Trump’s decision to disregard national security protocols by using his cellphone instead of secure White House lines raises the question of whether he wanted to avoid White House records of his calls as he worked with Giuliani and other officials to pressure Ukraine to investigate Biden and his son Hunter.

It also means that Russia could’ve heard what went on during Trump’s Ukraine calls with Giuliani — and allowed Moscow to adjust its political strategies based on that valuable knowledge.

John Sipher, former deputy chief of Russia operations at the CIA, told the Post that Trump and Giuliani have essentially “given the Russians ammunition they can use in an overt fashion, a covert fashion or in the twisting of information.

If Moscow did, in fact, successfully surveil calls between Trump and Giuliani — in which they might have discussed, for instance, the unfounded claim that Ukraine meddled in the 2016 election by hacking into a Democratic National Committee server — it could have affected their propaganda campaigns.

The Post reports that in 2017, former White House Chief of Staff John Kelly and intelligence officials tried to force Trump to only use secure White House land lines for phone calls. But officials say that he was put off by the fact that using those lines meant he had to compile logs of whom he was speaking to. “He was totally paranoid that everyone knew who he was talking to,” a former senior administration official told the Post.

Much of Trump’s time of office has been marked by a flagrant disregard for the norms and protocols of the presidency. But there is a particular irony to Trump’s use of a cellphone in defiance of recommendations from his own aides and intelligence officials. In his 2016 campaign for the White House, he hammered Hillary Clinton repeatedly over her use of a private email server during her tenure as secretary of state in the Obama administration as a prime example of corruption. Now, reports indicate that he may have done the same thing — possibly as cover for something strikingly corrupt.

4 responses to “Can you hear me now, comrade?”