The Blame for Plame Is Certain to Inflame

June 9 (Bloomberg) — Scott McClellan, the former presidential spokesman whose memoir says Vice President Dick Cheney may have misled him about the leak of a CIA agent’s identity, has agreed to testify before the House Judiciary Committee.

As you know by now, GSA chief Lurita Doan has resigned. She said she did so at the request of the White House, but no one has been able to answer the question: Why now?

After all, both she and the White House stood firm in the face of intense criticism for almost a year, since the Office of Special Counsel urged the president to discipline her “to the fullest extent” for alleged violations of the Hatch Act. She has kept her head low for the most part in recent months.

WASHINGTON — When Special Counsel Patrick Fitzgerald wanted to find out what was going on inside Vice President Dick Cheney’s office, the prosecutor in the CIA leak probe made a logical move. He dropped a grand jury subpoena on the White House for all the relevant e-mail.

One problem: Even though White House computer technicians hunted high and low, an entire week’s worth of e-mail from Cheney’s office was missing. The week was Sept. 30, 2003, to Oct. 6, 2003, the opening days of the Justice Department’s probe into whether anyone at the White House leaked the identity of CIA operative Valerie Plame.

Like the company he founded, defense contractor Erik Prince doesn’t seem to answer to anybody.

His security business, Blackwater, has been involved in at least 195 shootings in Iraq — but it has operated outside U.S. and Iraqi laws. Similarly, when Prince made a rare public appearance before the House Oversight and Government Reform Committee yesterday, he acted as if the lawmakers were wasting his time. 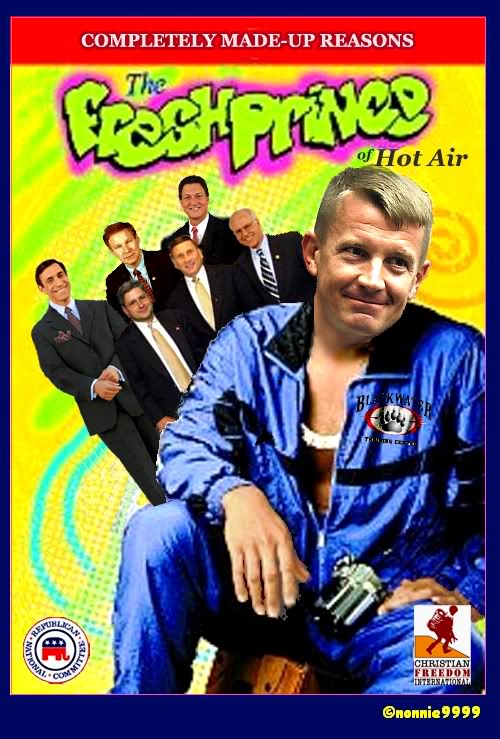 Former defense secretary Donald H. Rumsfeld, making his first appearance on Capitol Hill since President Bush relieved him last year, denied yesterday that he or top generals tried to cover up the “friendly fire” death of former football star and Army Ranger Pat Tillman in Afghanistan three years ago.
Rumsfeld, at times combative with lawmakers, acknowledged that he urged Pentagon colleagues to “keep an eye on” Tillman when the former Arizona Cardinals safety gave up a lucrative football contract to enlist in the Army. But he said that he had no memory of when he first learned that Tillman’s death on April 22, 2004, might have resulted from fratricide, instead citing the recollection of an aide who attended a meeting with Rumsfeld shortly before the real circumstances of Tillman’s death were made public.

“It was badly handled, and errors were made, but . . . I know that I would not engage in a coverup,” Rumsfeld told the House Committee on Oversight and Government Reform.
END_OF_DOCUMENT_TOKEN_TO_BE_REPLACED

So Many Scandals, So Little Time….

Move over Irving-Scooter-Libby-Commutationgate. Time to turn our attention back to Gonzogate once again!! You didn’t think we forgot ya, did ya, Al Fredo? Never!

Washington, D.C. (AHN) – U.S. Sen. Patrick Leahy is poised to bring contempt charges against the White House, the Vice President’s office and the U.S. Department of Justice if they flout the subpoena that the Senate Judiciary Committee issued last week.

Leahy, a Vermont Democrat and chairman of the powerful committee, is leading the Senate investigation into the firings of eight U.S. attorneys, which critics say were politically motivated.

Speaking Sunday on NBC’s “Meet the Press,” Leahy said, “They have taken the attitude at the, at the White House that somehow they’re above the law….That’s a Nixonian attitude, and it’s wrong.”

To the tune of She’s a Lady written by Paul Anka (Who knew?):

Well, we won’t be nonchalant,
These are not the guys we want, this bunch of losers,
So let’s put them in their place,
They’re a national disgrace, liars, abusers.

My Baloney Has a First Name, It’s D-I-C-K

Despite objections from the National Archives and others, presidential spokesmen say Cheney’s office is not bound by certain sections of a presidential executive order that seeks to protect national security information generated by the government.