After a long week of rubbing shoulders with the leaders of the Western world despite having no formal role in her dad’s administration, Ivanka Trump and her husband — along with her brothers, Eric and Donald Jr., and their respective wives and children — will reportedly descend upon the unsuspecting town of Aspen, Colorado.

There was some discrepancy about the number of Secret Service agents that travel with them — one source said “about 100,” while another said “quite a bit less than 100,” so it could go either way.

Meanwhile, President Trump is set to spend his fifth weekend at Mar-a-Lago, which will cost taxpayers about $3 million.

END_OF_DOCUMENT_TOKEN_TO_BE_REPLACED

They can’t decide whether to wear black capes or white hoods!

As they fleshed out the budget blueprint released Thursday morning by the White House, Office of Management and Budget director Mick Mulvaney said officials from the administration of President Donald Trump asked themselves: Can we ask the taxpayer to pay for this? 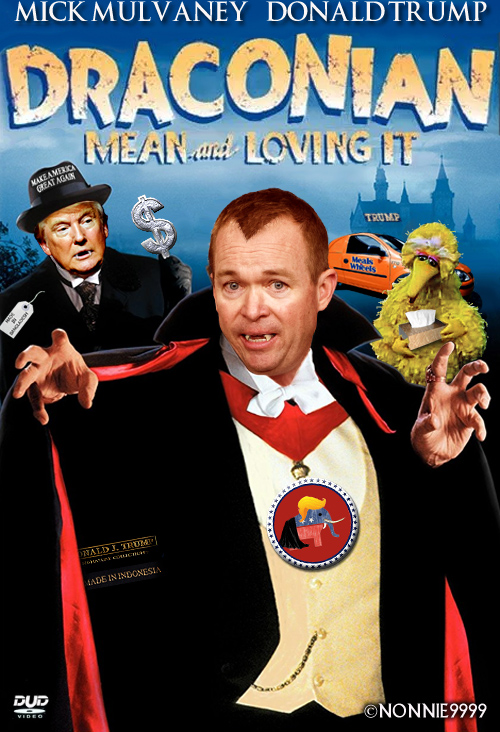 END_OF_DOCUMENT_TOKEN_TO_BE_REPLACED

Princess Sarah Palin faces off with Joe Biden in the one and only Vice-Presidential debate.  No bar has been set low enough for Princess Sarah.

Original DVD cover.
Tip of the hat to the handsome and talented Distributorcap!

END_OF_DOCUMENT_TOKEN_TO_BE_REPLACED

From The Vancouver Sun:

It’s the U.S. election debate that most interested observers have been eagerly waiting for – Democratic vice-presidential nominee Joe Biden against Republican VP choice Sarah Palin – but don’t expect them to get into many verbal exchanges.

According to a report in the New York Times Saturday, the campaign of Senator John McCain has fought for tight rules on how the VP debate will run, limiting the chances of anything other than short answers, and ensuring the debaters will not speak directly to one another for anything more than short periods. 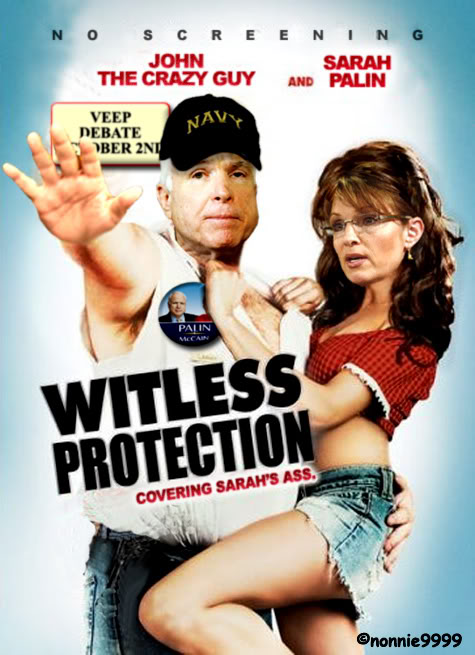 NEW YORK (CNN) — Lunacy among our public figures in this country certainly didn’t subside over the weeks that I’ve been away from the broadcast. I’ve been no less than astounded by the incongruity, the contradiction, the specious and silly public statements by public and political figures over something like a flag pin worn on one’s lapel.

Like many Americans, I began wearing a flag pin after September 11. I do so out of respect for those killed in the terrorist attacks, and in recognition of this country’s war on radical Islamist terror. It turns out that some journalists and some presidential candidates are uncomfortable and even upset about flags on lapels.