Former ExxonMobil CEO and comic book villain Rex Tillerson has been confirmed as Secretary of State.

The Senate has approved former ExxonMobil CEO Rex Tillerson as the next secretary of state, filling one more slot on President Donald Trump’s national security team despite questions about his approach to Russia and state sponsors of terror, such as Iran.

To commemorate the event, I made a brand new State Department seal that better reflects their new boss’s point of view.

END_OF_DOCUMENT_TOKEN_TO_BE_REPLACED

WASHINGTON — Erik Prince, whose company, Blackwater Worldwide, is for sale and whose former top managers are facing criminal charges, has left the United States and moved to Abu Dhabi, according to court documents. 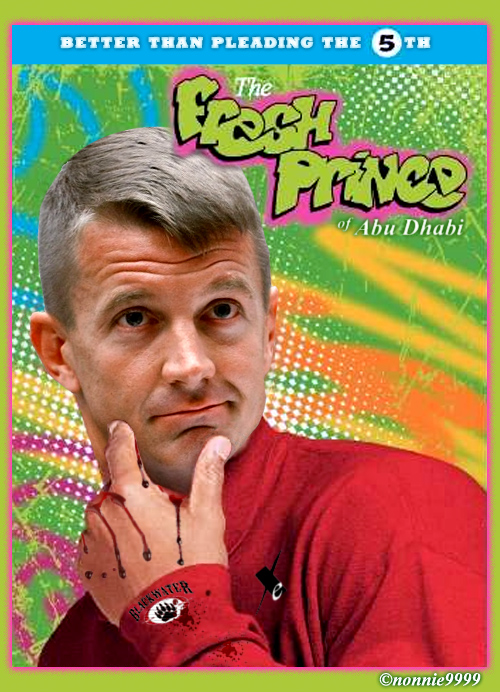 Back to the Future!

After efforts to pressure the Government in Sudan over Darfur failed again in the U.N. Security Council, the United States, acting in concert with a newly formed League of Democracies, applied stiff diplomatic and economic pressure that caused the government of Sudan to agree to a multinational peacekeeping force, with NATO countries providing logistical and air support, to stop the genocide that had made a mockery of the world’s repeated declaration that we would “never again” tolerant such inhumanity. Encouraged by the success, the League is now occupied with using the economic power and prestige of its member states to end other gross abuses of human rights such as the despicable crime of human trafficking.–John McCain, May 15, 2008

Gordon Brown tried to “move on” from the disaster in Iraq as he held his first meeting last night with President George Bush since becoming Prime Minister.

Speaking to journalists during his flight to Washington, Mr Brown remarkably made no mention of Iraq in what was seen as an attempt to distance himself from what has become known in Britain as “Blair’s war”.

Original DVD cover.
To the tune of Mrs. Brown, You’ve Got a Lovely Daughter (written by Trevor Peacock, performed by Herman’s Hermits):
Mister Brown, help end this bloody slaughter,
Things are messy over in Iraq,
It’s so sad, Bush says things are on track,
He’s either lying, or the asshole is on crack.
END_OF_DOCUMENT_TOKEN_TO_BE_REPLACED