Many in the Republican Party considered tonight’s CNN debate a make-or-break event for Rick Perry, and he came out swinging against the frontrunner Mitt Romney, particularly on an issue close to the hearts of Texans, illegal immigration. In one of what would become a number of crosstalk bits where referee Anderson Cooper had to split up the fighters, there was clearly little love lost between the two from the moment Perry accused Romney of holding a position on immigration that was “the height of hypocrisy.”

Actually, he said the “heighth of hypocrisy.”  WTF?  There is no such word as heighth!!!!!!  (Can you tell that’s one of my pet peeves?)  By the way, Governor Little Ricky Goodhair likes to brag that he was educated in Texas.

END_OF_DOCUMENT_TOKEN_TO_BE_REPLACED

What happens in Vegas…

…will probably be just as stupid as what happened in all the other cities the Rethuglicans have had a debate.

(CNN) — Amid a number of bills filed in Texas that address the issue of illegal immigration, one, proposed by Republican state Rep. Debbie Riddle, stands out.

As proposed, House Bill 1202 would create tough state punishments for those who “intentionally, knowingly, or recklessly” hire an unauthorized immigrant. Violators could face up to two years in jail and a fine of up to $10,000.

But it is an exception included in the bill that is drawing attention. Those who hire unauthorized immigrants would be in violation of the law — unless they are hiring a maid, a lawn caretaker or another houseworker.

You know, people that a lot of rich people hire and pay crappy wages to.

If America Has Talent, Why Does Piers Morgan Have a Show?

From The Wire at BUSINESS INSIDER:

Last year Rachel Maddow proved herself adept at media criticism when she took Fox News to task in a number of blazing segments over their coverage of Shirley Sherrod and the ACORN debacle.

She appear to be back at it this week.  Except this time around her focus is not Fox News.  It’s CNN.

She is still scorching.

Food for Thought: Candy Is Dandy, but Liquor May Be Required

I said candy, not Condi!

END_OF_DOCUMENT_TOKEN_TO_BE_REPLACED

“The president of the United States will be taking a trip over to India that is expected to cost the taxpayers $200 million a day.”

Michele Bachmann on Wednesday, November 3rd, 2010 in a CNN interview

Princess Sarah and the Horse$hit Whisperer

From CNN’s Jack Cafferty
There is a reason the McCain campaign keeps Governor Sarah Palin away from the press.

This is a direct excerpt from Katie Couric’s One-On-One interview with Sarah Palin, which aired Wednesday on CBS.

COURIC: Why isn’t it better, Governor Palin, to spend $700 billion helping middle-class families struggling with health care, housing, gas and groceries? … Instead of helping these big financial institutions that played a role in creating this mess?

PALIN: Ultimately, what the bailout does is help those who are concerned about the health care reform that is needed to help shore up the economy– Oh, it’s got to be about job creation too. So health care reform and reducing taxes and reining in spending has got to accompany tax reductions.

If McCain wins, this woman will be a 72-year-old heartbeat away from being president of the United States. 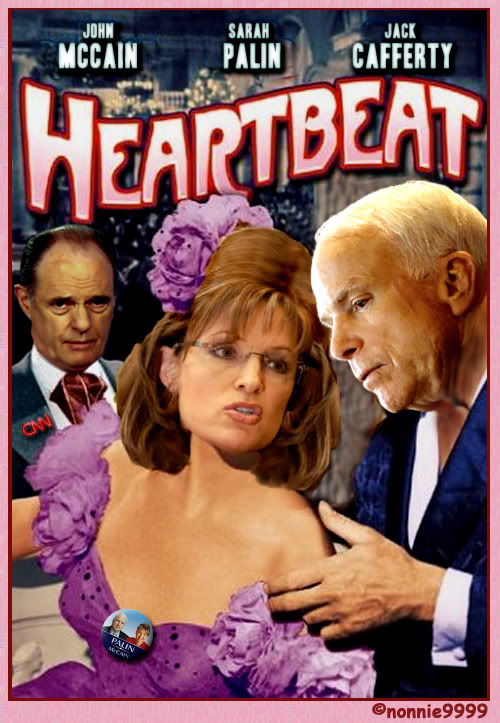 Hey, kids, did you watch the Republican debate the other night? Was it really a debate, or was it a seance? In an hour and a half, Ronald Reagan’s name was mentioned 54 times! Chimpy? Not so much. Well, I thought I would write a song to commemorate the event. Sing along, kids! 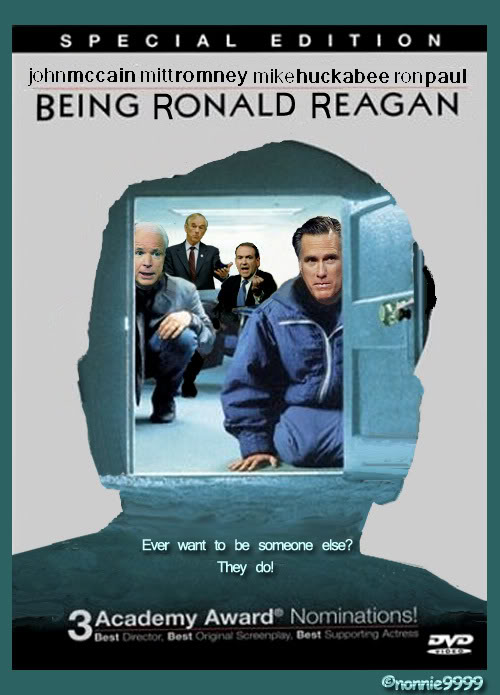